A Tripolar Currency Regime Is in the Offing 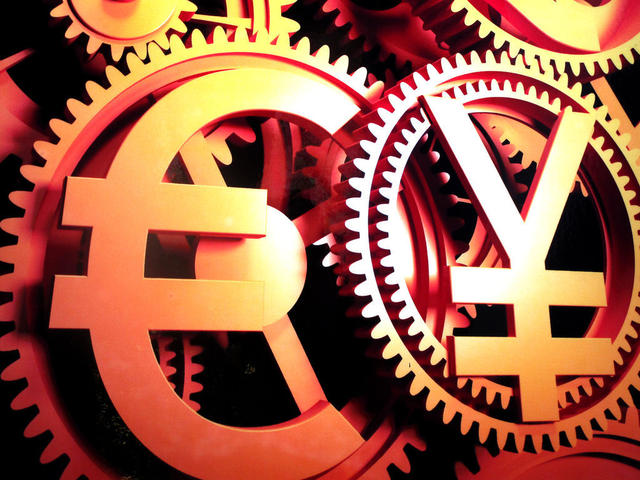 In typical power transition theory (PTT), changes to the international monetary regime involve competition for dominance, with losers and winners jostling for position. Against this backdrop, the current monetary system will witness currency competition for the highest degree of performance in functional aspects, which is the yardstick for decline or continuance of the present state of the system.

The wide scope, the range of roles a currency plays in the world economy and its geographic scale of use clearly help the U.S. dollar, which enjoys the highest degree of policy independence and continuance of its global dominance.

The euro, the single currency of 18 member states, though purposely weakened by the European Central Bank's quantitative easing and ultra low policy rate, and besieged by issues of unmanageable sovereign debts, keeps playing its role as a regional currency.

What about the yuan? In the last few years, China's currency, supported by genuine domestic motives and embracing a policy of bilateral central bank swaps, has witnessed a unique flight to internationalization. Engineered via central banks' bilateral currency swaps, the People's Bank of China has three objectives: bolstering trade, which was near collapsing in the wake of the global financial crisis; shaping a yuan currency zone to stabilize the exchange rate between trade partners; and building up yuan deposits in foreign central banks with 28 countries or regions, for a total of 3.1 trillion yuan. Those deposits, according to IMF guidelines, are treated as reserve assets because the exchange provides the central bank with assets that can be used to meet the economy's balance of payment financing needs and other related purposes, so the yuan has become a de facto reserve currency.

No wonder Chinese authorities, who are rushing to widen the yuan's trading band and furthering capital account liberalization, expect to see the IMF include the yuan in the Special Drawing Rights basket of reserve currencies in November.

Yet, economists from different quarters have raised doubts over whether the arrival of a new currency is enough to fix the current lopsided international monetary arrangements.

The pyramid-like monetary arrangement with the U.S. dollar as the global currency and the euro and yuan on the sidelines is the paradigm, or should we expect something different?

These developments are likely to impact the distribution of state power, so will a battle for the top occur, with new powers aiming to oust the incumbent from global currency dominance? Will this battle cause disorder and harm the global economy?

Indeed, the current quasi-international monetary system, with its selfish structure, is likely to open the way to an interregnum, with more instability, a more fragmented currency system, with three or four currencies in direct competition in different parts of the world, and major players unwilling to cooperate, except in the event of a serious crisis. The more probable scenario is that of a leaderless world. Professor Jerry Cohen predicts a "prolonged leadership struggle, particularly in such contested regions as the Middle East and East Asia, though for the most part there seems little risk of an escalation into outright geopolitical conflict. Once again, as during the long interregnum following the start of sterling's decline, it could be decades before the final outcome becomes clear."

Yet, considering the present monetary arrangements from the PTT perspective and changes matched to a longer and uncertain interregnum and geopolitical tensions, markets would prefer to stay on the current dollar-centered regime rather than risking chaos and unpredictable outcomes.

In 2011, the World Bank said in a report that by 2025, six major emerging economies – Brazil, China, India, Indonesia, South Korea and Russia – will account for more than half of all global growth, and the international monetary system will likely no longer be dominated by a single currency. The report adds that "as economic power shifts, these successful economies will help drive growth in lower-income countries through cross-border commercial and financial transactions."

Whether these factors will grow from the economic to monetary and financial level will be clear soon, depending on the readiness of countries to defend their economies by upgrading institutions aimed at financial and monetary stability.

Are East Asian governments prepared to endow the region with proper financial institutions to face the consequences of a stronger dollar, capital outflows and higher debt liabilities? Or should, once again, every economy be left to fend for itself with dollar monetary turbulence?

After setting up the Asian Infrastructure Investment Bank, the New Development Bank and the Silk Road projects, East Asian governments should be ready to build up a foreign reserve pool for self-insurance or form their own regional bloc for liquidity assistance. To prevent a repeat of the 1997-98 financial and monetary crisis, policymakers in the region must establish mechanisms to consolidate, rather than further accumulate, foreign reserves.

How that can be done and whether it can be done via the Chiang Mai Initiative Multilateralization, as Julia Leung, the executive director of the Securities and Futures Commission of Hong Kong, argues, "should be a matter for urgent discussion." The CMIM, in cooperation with the IMF and the Bank for International Settlements, should proceed with institutionalization to strengthen its surveillance capacity and preparedness for liquidity provision.

The yuan will soon become a fully fledged reserve currency, upgrading the CMIM via the pooling of large amounts of foreign exchange reserves, so the most likely global currency scenario in this decade could be the birth of an international multi-currency regime centered around the dollar, euro and yuan, rather than a chaotic interregnum.

Miriam L. Campanella is a senior fellow at ECIPE in Brussels and associate professor of political sciences at the University of Turin