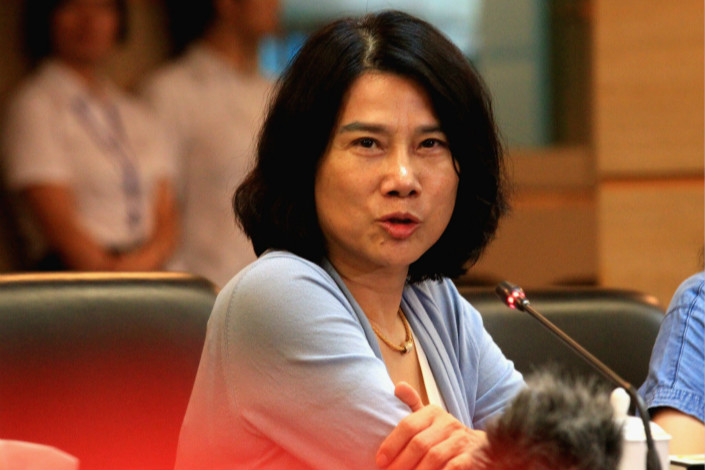 Dong Mingzhu, chairwoman and president of Gree Electric Appliances Inc. — was the highest-ranked Chinese in Fortune's list of "Most Powerful Women" in international business. Dong was ranked No. 4. Photo: Visual China

Last year, Fortune’s list of the “Most Powerful Women” in international business contained zero Chinese names in its top 10. This year, there are three — the largest number from any one country.

Fortune bases its inclusion on four criteria: the size and importance of the business, its health and direction, the arc of the candidate’s career, and social and cultural influence.

Known as “the Iron Lady” by many in the industry, Dong rose from the ranks of saleswoman to lead the country’s top air-conditioning manufacturer in just 11 years.

She has focused lately on diversifying Gree business lines, even wading into the electric vehicle and smartphone sectors. Gree is now partnering with electric-car-battery maker Zhuhai Yinlong New Energy Co., and launched two generations of Gree-branded smartphones — though the handsets were met with weak customer demand.

Rumors surfaced recently that the 63-year-old leader is set to retire soon, though Gree legal consultant Shao Changfu said the reports were “ungrounded” and “untrue.”

Though she maintains a lower profile than Huawei founder and President Ren Zhengfei, Sun’s visibility has grown recent years. She placed seventh on this year’s list, up from 38th in 2016.

Sun was one of a select few executives in Chinese President Xi Jinping’s delegation at the World Economic Forum at Davos in January. She was also included — along with Alibaba Group Holding Ltd.’s Jack Ma and Wanda Group’s Wang Jianlin — in a 2015 meeting with Indian Prime Minister Narendra Modi.

As China seeks to reduce pollution and place limits on gas-guzzling vehicles, Great Wall has begun plans to shift to production of more environmentally friendly vehicles, though speculation has also grown that it was possibly interested in an acquisition of Fiat Chrysler’s Jeep brand.