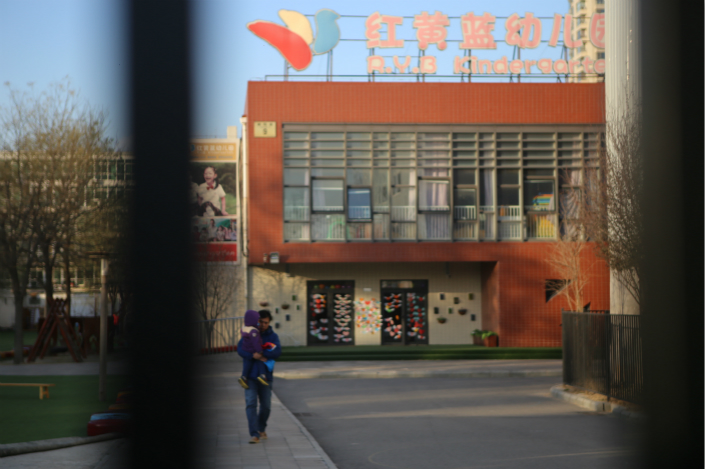 Shares of kindergarten operator RYB Education Inc. plunged more than 8% in the latest New York trading session after the company at the center of a storm of child abuse allegations was pelted by a barrage of class-action lawsuits.

At least six law firms filed or threatened class action lawsuits against the company over the last two days, following a plunge in its share price a week earlier after allegations of child abuse surfaced at one of its kindergartens in Beijing.

The case involving a suburban Beijing kindergarten run by RYB burst into the headlines last week, after allegations of abuse first surfaced about needle marks found on at least eight students.

The company’s shares lost more than a third of their value in a single trading session after the scandal exploded, wiping out hundreds of millions of dollars in shareholder value. Such big drops in a company’s share price, most often related to negative news, typically prompt the kind of class-action lawsuits seen in RYB’s case, filed by law firms that specialize in such actions.

RYB’s stock has bounced back somewhat since the big sell-off, but still trades more than 20% below levels from shortly before the scandal broke. The company issued its own statement on Wednesday in the U.S., saying the most recent police report had found a teacher used sewing needles to “disciple” children during their post-lunch nap. But it said no evidence of other mistreatment had been found.

The scandal comes two months after RYB made an initial public offering (IPO) in New York. The stock initially rallied on bullish prospects for its private education model. Even after the sell-off, the stock’s latest close of $20.33 is above its IPO price of $18.50.