Tech Firms Race to Enable Machines to See – and Understand 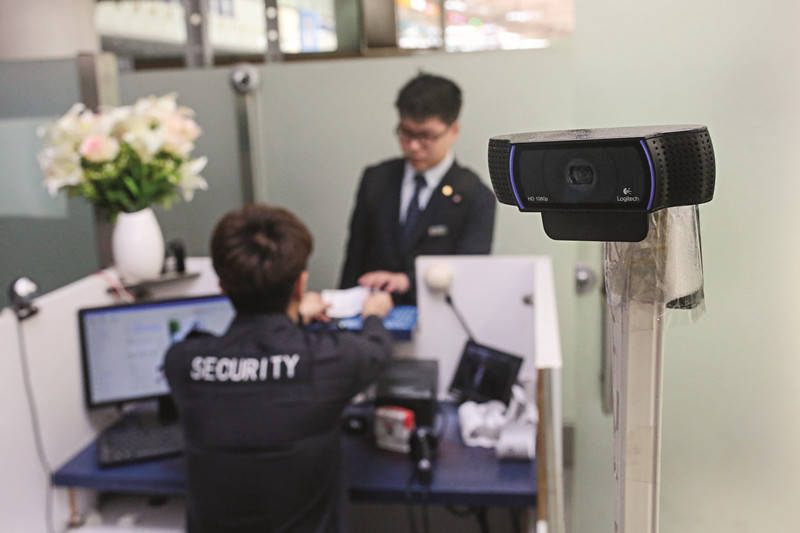 Chinese startups have catapulted to the top of the next battlefield of artificial intelligence – computer vision, which is challenging the human eye in recognizing faces and objects.

The AI-powered technology uses deep-learning programs to enable machines to understand digital images and accurately recognize and analyze faces and objects. The cutting-edge AI niche has great potential for a wide range of applications, including in security surveillance, online financial services, health care, and self-driving vehicles.

China is already a global leader in AI, reflecting the country’s emphasis on mathematics education. Now it’s building off that know-how to expand the possibilities of computer vision and create commercially successful applications.

“If there are 100,000 people that can be called AI experts in the world, about 30,000 to 40,000 of them are Chinese,” said Huang Yan, a founding partner of CDH Investments, an investor in Chinese computer-vision developer SenseTime, one of the world's most valuable AI startups.

China already has 146 computer-vision companies, more than any other sub-sector in the country’s AI industry, according to a report issued by Tencent Research Institute in August. Those companies have raised a total of 14.3 billion yuan ($2.2 billion) from investors, or 23% of the total funds raised by all AI startups.

SenseTime, established in 2014, was valued at more that $2 billion in it latest funding round. It and other industry bellwethers Yitu Tech and Megvii Technology have raced for capital since mid-2017. Between May and December, the three companies raised a total of nearly $1 billion.

The takeoff of computer vision reflects the increasing accuracy of machines’ capacity to read images, making them capable of replacing humans in countless tasks, said Xu Li, co-founder and CEO of SenseTime.

The next step, Xu said, is putting the technology into commercial use.

Computer vision is the next big thing in AI, whose potential burst into the public consciousness in March 2016 when Google’s AlphaGo beat its human rival at the ancient Chinese game of Go. AI has spread into traditional industries like legal services, investment and manufacturing. More recently, Apple showed the world the possibilities of computer vision with its new iPhone X, which allows users to unlock their mobile device via Face ID.

The market is huge, as city authorities pour billions of yuan to improve surveillance systems. Amid a push for AI development by the central government, the southern city of Fuzhou recently paid 800 million yuan for a facial recognition project and the financial hub of Shanghai has set aside tens of billions of yuan to upgrade the local police system’s technology, a source close to the public-security system told Caixin.

“Catching fugitives is the most important part where AI is applied in the public security system,” which requires strong capacity of facial recognition and image analysis, the source said.

“All of the most cutting-edge technology was initially used in the richest places. In the past, it was the military industry. And now it is the government-backed public security system,” said Yao Song, founder and CEO of AI startup DeePhi Tech.

SenseTime, created by a research team led by Tang Xiaoou, a professor at the Chinese University of Hong Kong, says it has developed algorithms that can recognize faces more accurately than human eyes, with its systems achieving 98.52% correct recognition compared with 97.53% by the human eye.

Yitu Tech, set up in 2012, has helped a local public security authority to improve the accuracy of locating a suspect from massive video footage of public surveillance cameras to over 85% from the previous 20%, according to company co-founder Lin Xichen.

Beijing-based Megvii Technology operates Face++, the world’s largest face-recognition technology platform, is identifying faces, text and images for more than 300,000 companies and individuals around the world.

The foray of computer-vision tech startups is shaking up a market that has been dominated for more than a decade by traditional surveillance system giants, such Hikvision Digital Technology Co. and Dahua Technology Co.

Surveillance system giants like Hikvision have also made their own AI push by investing in computer vision algorithms, although they have been unable to catch up to tech startups in term of accuracy, according to Lin.

But the traditional giants’ well-established business networks and access to resources in the government-dominated security industry will make it difficult for AI startups to compete, said an industry analyst.

As newcomers, tech firms are spending heavily to expand their sales network to win market share. Companies like Yitu and Megvii have started to develop and promote their own equipment, such as surveillance and access-control systems, to directly compete with traditional giants.

Companies like SenseTime and DeePhi are adopting a different strategy by working with already established equipment makers. SenseTime has set up partnership with seven of the country’s top 10 surveillance system developers, according to Xu.

As the market evolves, it is bringing new opportunities. A source close to public-security authorities told Caixin that China’s public-security system is working to better integrate databases that are currently under different departments’ oversight, such as records on vehicle registration and traffic infractions, residents’ identity, and telecom use. The integration will undoubtedly boost the capacity of surveillance system and create new room for business growth.

While most computer-vision startups focus on facial recognition and public security, some experts said there are many other potential business opportunities worth exploring.

“Fledging computer-vision firms are too concentrated on public security and the competition is too fierce,” said Hua Xiansheng, head of Alibaba Group’s computer-vision team.

The biggest players have started to expand their territory beyond public security to broader sectors like online financial services, helping internet banking services verify customers’ identities through online interviews. Companies are also searching for new niche markets. SenseTime has focused on facial recognition capacity for mobile phones, while Megvii and Yitu have each developed opportunities in industrial automation and medical services.

As the possibilities for computer vision expand, it appears inevitable that tech startups will find themselves up against deep-pocket internet giants like Alibaba and Tencent Holdings, which are gearing up their efforts in the technology to supplement their massive online services.

Alibaba has developed an image-search service helping shoppers to locate items they want to buy on its e-commerce sites. Alibaba is also integrating computer vision capacities with its cloud computing service to develop AI-powered city management system in several cities, according to Hua.

The battle in computer vision is really just getting underway. Technology development, data access, fundraising and commercialization are all key factors that will determine the fate of companies, analysts said.

“If internet is revolution, AI is innovation. It will be a tough endurance race for all parties to gradually seek to replace manpower with (their services),” Huang said.