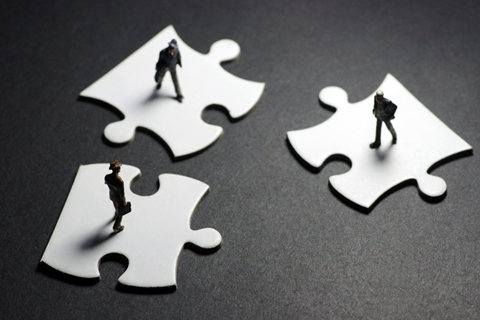 Mergers and acquisitions in China’s technology, media and telecom (TMT) sector dropped in 2017, according to a new report.

Both the number and value of TMT transactions declined in 2017 from the previous busy deal-making year, said leading investment bank China Renaissance in its report released Wednesday.

The average transaction value of the deals also declined 31%, to $134 million, according to China Renaissance. The investment bank has acted as a financial adviser in several mega deals in China’s internet sector, including the 2015 merger between Didi Dache and Kuaidi Dache to form car-hailing behemoth Didi Chuxing.

China’s tech and internet market has seen increasing consolidation over the past few years. In 2015, Didi Chuxing was created out of a merger between local rivals Didi Dache and Kuaidi Dache, which in 2016 took over Uber’s China operation to become the dominant player in the country’s car-hailing market. In the internet-based local service market, the merger between Meituan and Dianping formed the largest online service platform Meituan-Dianping. In online travel service market, the merger between Ctrip.com International and Qunar.com also created a giant player.

As major players wrapped up the deals and switched their focus to internal consolidation, acquisition activities only remained active in smaller niche markets in 2017, according to Choy.

According to China Renaissance, there were 10 merger and acquisition deals valued at over $1 billion in the TMT sector last year, down from 26 in 2016.

Internet giants — Alibaba Group, Tencent Holdings, Baidu Inc. and JD.com — are behind most of the biggest deals in the sector, as the companies pushed to expand their business reach and seek access to more online and offline consumers, Choy said.

Retail, entertainment, public transport and artificial intelligence have become the hot spot of investment over the past year, China Renaissance found.

For instance, both Alibaba and Tencent have invested heavily into bike-sharing startups. Many investors are expecting the next mega merger to emerge in the sector, which is currently dominated by duopoly Ofo and Mobike.

Tencent and JD.com have launched intensive acquisition in retail assets in a bid to expand their online commerce services to brick-and-mortar stores. In December, Tencent agreed to buy a 5% stake in supermarket chain operator Yonghui Superstores. Tencent also joined hands with JD.com to invest a combined $863 million for stakes in discount online retailer Vipshop Holdings Ltd.

Choy said he expects to see more transactions in the internet-based retail sector this year. And tech giants will further invest in artificial intelligence know-how and use the new technology to boost their capacity in e-commerce and logistics services, Choy said.

The strong performance of stock markets in the U.S., Hong Kong and the mainland last year and continuing into this year allows investors to exit with sound returns, which will further encourage deal-making in the TMT sector, said Choy.

Chinese mainland regulators approved 400 initial public offerings in the domestic market in 2017, up from 266 in 2016, although the pace has slowed since September due to stricter scrutiny on the applicants, according to China Renaissance.

The Hong Kong stock market is expected to be a more preferred destination for tech company IPOs as the Hang Seng index has been rising since 2017, partly boosted by capital through the stock connect programs linking investors in the Hong Kong and mainland bourses.

In December, the Hong Kong Stock Exchange proposed changes to its listing rules to accept companies with two classes of shares. This controversial structure is used by some of the world’s largest and most influential tech companies, from Facebook Inc. to Google parent Alphabet Corp. and Alibaba.

If the dual structure is ultimately allowed, more Chinese tech startups can be expected to float in Hong Kong and further rejuvenate the city’s capital market, analysts said.

“Once the market becomes more lively, the market players — both the acquisitors and sellers — will be more (confident) to force deals,” said Choy.

Hong Kong exchange Chief Executive Charles Li on Tuesday said at a forum that he expects the Hong Kong bourse to make a decision on the new dual-share listing rule in June and start to accept initial public offering (IPO) applications based on that later in the month.