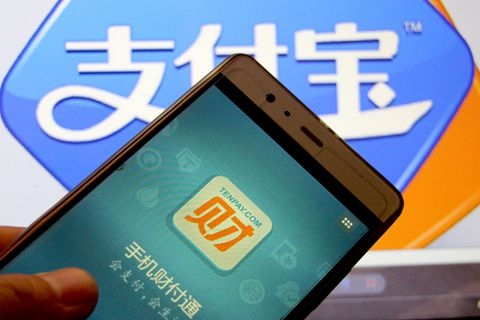 The foreign-exchange regulator has stepped up scrutiny over payment companies’ business related to foreign exchange amid concern about rising risks from the internet finance sector. Photo: IC

China’s top third-party payment providers Alipay and Tenpay have each been fined 600,000 yuan ($95,771) for violating rules when they handle cross-border payment services, according to a report of China Forex, a journal backed by the state foreign-exchange regulator.

Alipay, affiliated with e-commerce giant Alibaba Group, was fined for violating rules of business scope and information reports related to its cross-border payment services. Tenpay, the payment service of Tencent Holdings’ popular messaging app WeChat, was accused of failing to submit risk reports to authorities and improperly handling services for customers, according to the journal.

Also on the fine list is Globebill, the payment unit of Chongqing-based big data company IZP Group. Caixin learned earlier that Globebill’s cross-border transaction license was revoked by the State Administration of Foreign Exchange (SAFE) in April over suspicion of falsified transaction data and other violations.

Alipay, Tenpay and Globebill were all rewarded the cross-border transaction license in 2013 as the first batch of third-party payment firms to participate in a cross-border payment service pilot program. A total of 33 companies have been granted the license.

Sources close to the matter told Caixin that SAFE launched an inspection of cross-border payment companies’ business operations in early 2017 and detected some “highly-risky flaws.”

According to the China Forex report, the inspection has uncovered problems such as inadequate verification of customers’ identity, exceeding allowed business scope and transaction limits, and failure to provide and report business information related to the transactions.

According to SAFE, cross-border transactions handled by third-party payment companies have increased from $6.7 billion in 2015 to $13.3 billion yuan in 2016.

The foreign-exchange regulator has stepped up scrutiny over payment companies’ business related to foreign exchange since last year amid concern about rising risks from the internet finance sector.