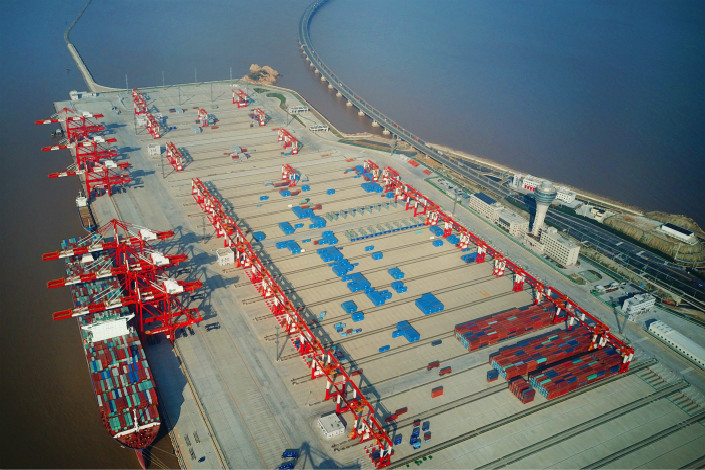 The deadline for completing the plan of arrangement for China Communications Construction Co.’s (CCCC) CA$1.45 billion ($1.13 billion) takeover of Toronto-based Aecon Group Inc. has been pushed back by 35 days after Canada’s Minister of Innovation, Science and Economic Development extended the ongoing national security review of the deal, Aecon announced Monday.

The acquisition was announced in October, although it’s unclear when the Canadian government began its review. As part of the agreement between CCCC and Aecon, Aecon will be delisted from the Toronto Stock Exchange and become a wholly-owned subsidiary of CCCC’s Hong Kong-listed international investment unit.

“Both companies remain committed to working with the Investment Review Division to obtain approval of the transaction,” Aecon said in its statement. Prior to Monday’s announcement, Aecon rebutted critics of the deal, saying in an earlier statement that it “does not own any intellectual property related to nuclear energy, nor does it possess other sensitive proprietary technology,” meaning the acquisition did not pose a security risk. CCCC could not be reached for comment.

If successfully completed, the acquisition is set to become the largest-ever investment by a Chinese company in Canada’s transport and construction sector, according to the China-Canada Investment Tracker, a University of Alberta research project.

While governments around the world, including in Europe, Australia and the U.S., have moved to block or restrict the growing tide of Chinese overseas investment, Canada has recently been more welcoming of Chinese acquisitions, making the extension of CCCC’s review an uncharacteristic move.

But the stance from Trudeau’s Liberal government on Chinese investments has not been without critics.

In response to the announcement of the CCCC-Aecon deal, former Canadian ambassador to China David Mulroney said Canada should not “make every decision with a view to making the Chinese happy,” and warned that “the more you do that, the more bad deals come your way from China,” Canada’s conservative-leaning National Post reported.

CCCC, which is more than 60% owned by the Chinese government, is one of China’s largest infrastructure construction firms. The company has been involved in multiple projects outside of China, including Belt and Road initiative projects in Malaysia and East Africa.

Aecon, previously named Armbro Construction, was founded in 1887 and has over 12,000 employees. Aecon’s predecessor companies have been involved in major construction projects including the Vancouver Sky Train and the Montreal-Trudeau International Airport.