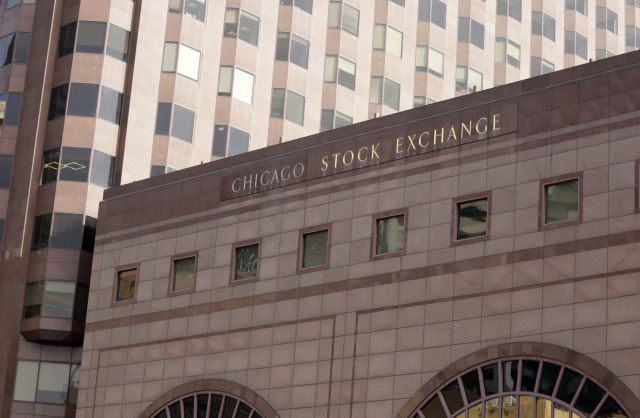 The offices of the Chicago Stock Exchange in Chicago, Illinois. Photo: IC

A Chinese consortium, which was vying to take over Chicago Stock Exchange, is yet to respond after U.S. regulators rejected the deal, saying the transaction violated rules governing exchanges.

The decision is the latest in a series of moves to block Chinese acquisitions of American assets.

The U.S. Securities and Exchange Commission (SEC) in a document posted on its website last week, said the exchange has failed to resolve concerns on “whether the proposed ownership structure will allow the Commission to exercise sufficient oversight of the Exchange.”

U.S. exchange rules forbid any single shareholder from holding more than 40% of a stock exchange, and an individual’s voting power is capped at 20%.

According to details of the proposed deal, revealed in November 2016, the lead investor – NA Casin Group Inc. – would own 29% of the exchange’s parent company.

SEC’s ruling ended a two-year attempt by the investor group to take over the Chicago Stock Exchange, which trade less about 1% of U.S. equities. The ambitious deal wanted to transform this small exchange into an international listing venue by wooing Chinese companies looking to access U.S. capital markets.

Chicago Stocks Exchange has expressed its disappointment with the decision. “By disapproving the transaction, the SEC has denied the American public a historic and unprecedented opportunity to build a mutually beneficial economic bridge between the world’s largest economies, while unfairly disadvantaging our company and shareholders,” it said in a statement.

But the Chinese investor group is yet to respond to the decision announced Thursday night U.S. time, just after the week-long Lunar New Year holiday had begun.

Though the SEC didn’t cite any security concerns linked to the Chinese investment, the deal was a sensitive one, that had led to widespread political opposition since it was proposed in early 2016.

In August, the chairman of the SEC, Jay Clayton, said its commissioners would need further review of the sale, throwing a surprise to many because the regulator’s staff have said that the deal should not be a problem to be approved.

This has prompted two Chinese entities – Chongqing Jintian Industrial Co. and Chongqing Longshang Decoration Co. – to drop out, leaving Chongqing Casin to be the only China-based investor in the group.

President Donald Trump criticized the deal during his election campaign and

U.S. lawmakers have questioned the SEC’s ability to regulate and monitor foreign owners.

In January, Ant Financial, the financial affiliate of e-commerce giant Alibaba, scrapped a deal to buy U.S. peer MoneyGram International Inc. after failing to get approval from the Committee on Foreign Investment in the United States.