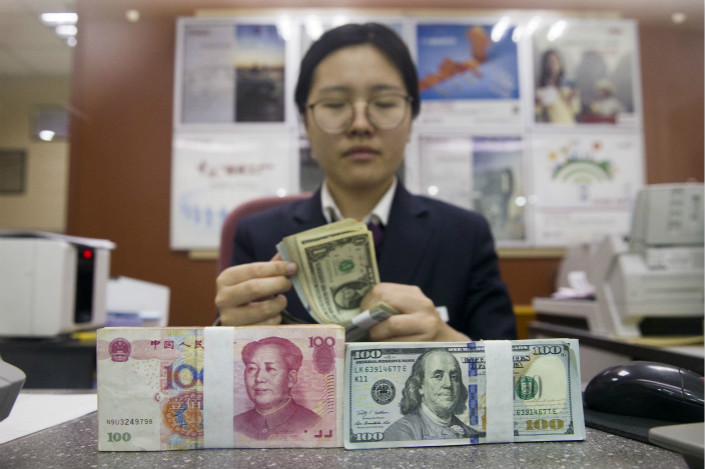 The final version of new, tighter regulations for China's asset management industry is likely to be launched before the country holds its annual legislative sessions in March, sources told Caixin. Photo: VCG

Months after China’s commercial banks strongly pushed back against tighter proposed regulations for the country’s asset-management industry, the rules are now going through final amendments before publication, which could come as early as this month.

The final version of the regulations is likely to be launched before the country holds its annual legislative sessions in March, sources told Caixin.

The grace period for the industry to prepare for the new rules is likely to be extended to the end of 2019, a change from the mid-2019 deadline mentioned in the previous draft, while other revisions may also include a more-detailed explanation on how institutions should provide investment yields based on the actual performance of underlying assets, sources added.

The China Banking Regulatory Commission, the country’s top banking watchdog, said that it will release regulations to cover wealth management and trust products, which will complement the implementation of the asset management rules.

The drafting of the asset management rules, released on Nov. 17, represented the joint effort of the central bank and China’s three top financial regulatory commissions — overseeing banking, securities and insurance — to bring banks’ mammoth and opaque off-balance-sheet assets back under a regulatory framework.

According to the draft rules, the industry will soon be subject to requirements on leverage ratios, risk reserve funds and investment restrictions on all types of asset management products, and institutions will no longer be able to offer the an implicit guarantee of returns.

The asset management market, worth 102 trillion yuan ($16.1 trillion) at the end of 2016, has largely stayed off financial institutions’ balance sheets and has now formed a complex web outside the banking system, including 30 trillion yuan of wealth management products managed by banks and 53 trillion yuan of investment plans issued by securities brokerages.

The sweeping new rules are a major move by the country’s financial regulators to tame the unbalanced financial system, a goal that sits at the top of the agenda for the cabinet-level Financial Stability and Development Committee, which had its first assembly meeting in November.

However the rules faced strong resistance from December onward, as midsize commercial banks argued in strong language that the proposed regulations would aggravate the very problem they are supposed to solve and could threaten the country’s financial stability.

One of the major complaints about the draft was the grace period, which market players argued was too short for them to fix the liquidity concerns caused by the maturity mismatch between a reliance on short-term funding and the tendency toward long-term investments.

Another problem they cited was the requirement for institutions to provide investment yields based on the net asset value of their products, which means none of the further asset management products can guarantee returns, and would put a institution under a liquidity crunch if investors were to ask for payback when the yield drops during market fluctuations.

Although the proposed regulations aren’t finalized yet, the regulators, however, have shown determination about the general direction of the reforms and will not be swayed from their tough stance.

“Regulations over financial misdeeds are trying to keep pace with the risks, and the time left for solving the problem is ticking away,” a senior financial industry executive said. He said the new asset management rules should be rolled out as quickly as possible to enhance the transparency of the industry, and to soothe the nerves of market players.

One of the key factors that triggered major sell-offs, analysts said, was the fresh expectation of tighter regulations on risky investments by trusts. Shares of some companies with trusts as their major shareholders fell by the daily limit of 10% in the past two weeks, even though there were no drastic changes in their earnings forecasts.

As the country’s financial regulators march on to reduce leverage in the financial system by drafting new rules on asset management products, some trusts that have made leveraged bets on stocks have been unloading shares to shore up their liquidity, analysts said.

The spillover effect of the new rules could also put the bond market under downward pressure, market participants said. Banks purchased 12.5 trillion yuan worth of bonds with funds raised from wealth management products in 2017, of which 2.4 trillion yuan were treasury bonds and local government bonds, and another 10.1 trillion yuan were corporate bonds.