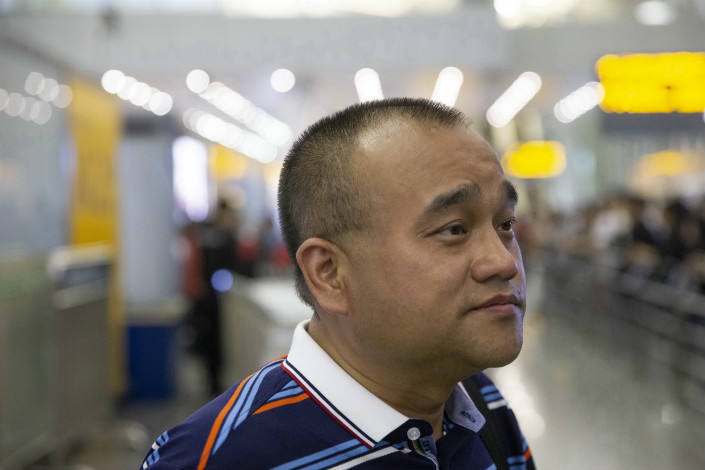 The manufacturer of the “medicinal” liquor at the center of a recent national outrage over false advertising has issued an apology, but stopped short of commenting on the detention of a doctor who criticized the product.

Hongmao Medicinal Liquor became a topic of public debate after word got out in mid-April that Guangdong-province-based doctor Tan Qindong had been detained for months by police of the Inner Mongolia autonomous region for describing the liquor in a blog post as “poison from heaven.”

In his Dec. 19 post, Tan said the elderly should refrain from consuming Hongmao Medicinal Liquor, which is widely advertised and sold as an over-the-counter traditional medicine in China, and said the drink contained substances known to be toxic. Tan was arrested in January for allegedly damaging the Hongmao brand and taken to Inner Mongolia, home to the liquor’s manufacturer, Hongmao Pharmaceutical Co. Ltd. He was held at a detention center for nearly three months until he was released on bail following criticism of his arrest from both social media users and Chinese state media.

Advertisements for Hongmao Medicinal Liquor, which tout its health-enhancing properties and suggest that it can cure problems as diverse as irregular menstruation and heart disease, have since come under increased scrutiny from China’s food and drug authorities, who had also previously lodged multiple complaints against Hongmao’s advertising.

Hongmao Pharmaceutical on Thursday issued an apology (link in Chinese) for “not seriously studying risks, actively weighing in, dealing with, and responding to the public’s serious concerns” after the “recent Hongmao Medicinal Liquor incident.”

The company said that it was currently conducting an internal investigation, claiming the medicinal compounds used in its product are within safe dosage levels and that recent tests had shown that its product is safe and effective. It also said its use of leopard bone in the medicinal wine is compliant with laws and regulations.

Hongmao Pharmaceutical responded to scrutiny of its advertising by saying that after “profound self-examination,” it had realized that there were problems with the way downstream retailers and distributors marketed the product and that it was retiring a “potentially misleading” slogan. The company also attributed some misunderstandings about its product’s effectiveness to advertising by counterfeiters.

Hongmao Pharmaceutical did not comment on the arrest and detention of Tan, who is currently on bail and who has submitted a request that Inner Mongolia authorities drop the case against him entirely, as Caixin learned on Thursday.

In an interview with Caixin shortly after his release, Tan said that he did not regret writing his blog post, and wanted elderly consumers to think twice before purchasing Hongmao Medicinal Wine.