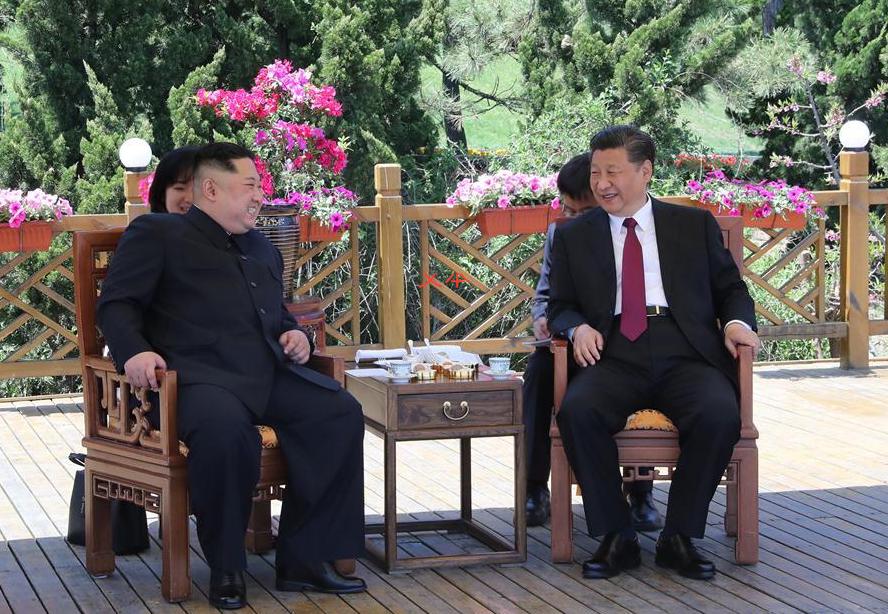 * Kim is expected to meet U.S. President Donald Trump as soon as this month

Chinese President Xi Jinping and North Korean leader Kim Jong Un voiced support for easing of tensions and denuclearization of the Korean Peninsula in a two-day meeting in northeastern China’s port city of Dalian, according to the official Xinhua News Agency.

In the second encounter between the two leaders in less than two months, Xi hosted a welcome banquet for Kim in Dalian. Together, they took a stroll and attended a luncheon, according to Xinhua.

The meeting took place as tensions ease on the Korean Peninsula following a series of recent diplomatic engagements, including Kim's historic summit with South Korean President Moon Jae-in last month. In March, Kim took a train journey to Beijing, his first known trip abroad since he assumed power in 2011.

A meeting between Kim and U.S. President Donald Trump is expected to be held as soon as this month, according to the White House.

Since the first meeting in Beijing, China-North Korea relations and the Korean Peninsula situation have made positive progress, Xinhua reported, citing Xi. “I feel happy about it,” Xi said.

“As long as relevant parties abolish their hostile policies and remove security threats against North Korea, there is no need for North Korea to be a nuclear state and denuclearization can be realized,” Kim said, according to Xinhua.

“China is willing to continue to work with all relevant parties and play an active role in comprehensively advancing the process of peaceful resolution of the peninsula issue through dialogue, and realizing long-term peace and stability in the region," Xi said.

Kim also expressed the hope that North Korea and the U.S. will build mutual trust through dialogue, according to Xinhua.