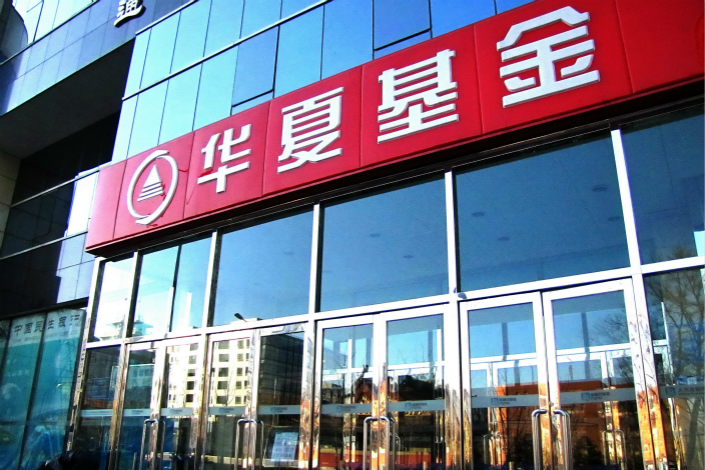 A run on a money market fund run by China Asset Management Co. Ltd. in late 2016 is part of the reason the government is imposing new requirements on liquidity and redemptions for such funds. Photo: IC

That December, following a plunge in the bond market, China Postal Savings Bank wanted to withdraw some of the tens of billions of yuan it had parked in a money market fund run by China Asset Management Co. Ltd., a large investment manager.

On Dec. 15, after China Postal Savings had requested its redemption, a rumor began to circulate through Chinese financial circles that China Asset Management was having trouble meeting demands from investors to get their money back. Several other commercial banks with investments in the company’s money market funds soon followed with requests for redemptions.

It took a couple of days, but China Asset Management eventually issued a statement denying the rumor that it couldn’t meet the redemption demands. The statement didn’t help. The denial only increased the clamor for redemptions. A run on the fund had begun.

China Asset Management survived the resulting liquidity crisis, but only with the help of an enormous loan from China Citic Bank with money that Caixin discovered could be traced back to the People’s Bank of China (PBOC), the country’s central bank. In the end, the asset manager still had to burn through 100 million yuan ($15.7 million) or so of its own capital to make sure it could repay its investors.

The run on China Asset Management shows why the government is beefing up regulations on the country’s loosely regulated $1.2 trillion money market fund industry.

Regulators have been imposing new requirements on liquidity and redemptions for money market funds since last year, but the central bank and the securities regulator are now drafting explanatory rules that aim to give investors a clearer picture of how these investments are performing on any given day, Caixin has learned.

The change could solve a longstanding issue with money market funds, whose popularity has soared in the recent years, thanks largely to entrants like Ant Financial Services Group’s Yu’e Bao, the largest such fund in the world by assets.

The problem with money market funds is that their face value never changes, even if the value of their assets does. This lack of transparency has left the hundreds of millions of money market fund investors in China with the false sense of security that their investments never lose money.

It also poses a problem for regulators as the rapidly growing industry has become a source of systemic risk to the financial system. As of March, money market funds’ total assets had more than doubled from a year earlier to 7.81 trillion yuan, which now accounts for 63.1% of China’s 12.37-trillion-yuan mutual fund market, according to data from the Asset Management Association of China (AMAC). That’s up from 14% in 2013.

“The money market fund industry has grown into ‘a gray rhino,’” said a source close to the central bank, referring to an obvious danger that has long been ignored. “The risks might seem distant, but if the market suffers a correction or sudden drop, the industry won’t be able to avoid them.”

On the surface, a money market account looks a lot like the typical savings account. An individual can open one at a local bank or fund company with a modest minimum deposit, which gets invested in short-term debt securities such as government bonds or commercial paper.

Depositors receive a slightly higher interest rate and have to agree to some additional restrictions — such as a waiting period to withdrawal their money. In the past, fund managers had required investors to wait two days if they wanted to withdraw their money. But that changed with Yu’e Bao, which at the end of the first quarter held 21.6% of the assets in China’s money market fund market industry, according to AMAC data. In 2013, Ant Financial’s platform began allowing investors to withdraw their money at any time.

Like a savings account, a money market account never appears to decline in value. An investor will only see the amount in his or her account grow as the interest rolls in. This has burnished money market funds’ reputation as a liquid, low-risk, investment that is as safe as a bank deposit.

However, as seen with the case of China Asset Management, this fixed value leaves investors in the dark about a fund’s performance, which can lead to panic during a market downturn, causing a rush of redemptions that can kill a fund.

The experience of China Asset Management caused regulators to take a harder look at the money market fund industry. Using window guidance — a kind of informal arm twisting — regulators have required money market funds to limit their loss in net asset value to no more than 0.25%, Caixin has learned. That’s down from the previous implicit requirement of 0.5%.

To fulfill certain regulations, the China Securities Regulatory Commission (CSRC) in March 2017 released renewed guidelines for money market fund liquidity — an update to industry rules adopted back in 2004. The new rules went into effect on Oct. 1, and fund managers were given a six-month grace period to adopt them.

The new rules place restrictions on what money market funds can invest in. For example, funds are not allowed to invest more than 2% of their assets in products issued by a single institution. Also, they can’t invest more than 10% of their assets in financial products issued by institutions whose credit ratings are lower than AAA. The new rules also limited a money market fund manager’s investment in a single commercial bank’s deposits and other assets to 10% of the bank’s net assets.

The new rules signal that the regulators intend to defuse the risks in the portfolios of money market funds by forcing them to diversify their holdings. These requirements for what money market fund managers can invest in and how much cash they need to keep in reserve can help these funds withstand the kind of rush on redemptions suffered by China Asset Management in late 2016.

Key among the new rules for money market funds are the stricter requirements for those with a fixed NAV. These funds must set aside at least 0.5% of their net assets as a cash reserve to serve as a buffer against potential losses.

This requirement in particular aims to push money market fund managers to switch to a floating NAV, a general manager of a mutual fund told Caixin.

The problem with a fixed NAV is that it can force fund managers to draw on their reserves when faced with a sudden influx of redemptions. The introduction of 24/7 redemptions has only made the problem worse.

The situation can cause a vicious cycle in which falling assets prices cause money market funds to lose value, which can push investors to ask for their money back. That in turn forces the funds to sell more assets, pushing down asset prices and the fund’s value, which encourages even more investors to seek redemptions, eventually triggering a liquidity crisis, said Sun Binbin, chief analyst at TF Securities Co.

“Once the redemptions start, they can become a self-fulfilling prophecy,” Sun said.

Although the sweeping rules for the asset management industry released in April set specific guidelines for using a fixed NAV in asset management products, most money market funds have not yet complied.

The industry is waiting for the CSRC and the central bank to release explanations rules to clarify the adoption of those rules.

“The explanation rules is expected to leave some room for the market, and it’s hard to imagine the regulators would suspend all forms of fixed NAV-based money market funds,” a fund manager from a major mutual fund told Caixin. “At the end of the day, the regulators’ goal should be to control liquidity risks, not deprive investors.”

Regulators also noted that there would be specific rules in the future covering “money market funds of systemic importance,” though they don’t yet have a timetable for the launch of the specific rules, Caixin has learned.

Though it has not been mentioned as one of the “money market funds of systemic importance,” Yu’e Bao has been made a visible effort to slim down.

In September, fund manager Tianhong Asset Management Co., which manages the main money market fund that Yu’e Bao users can invest in, recently reduced the maximum individual investment that users can make in the fund to 100,000 yuan from 1 million yuan. In December, it implemented a daily contribution limit of 20,000 yuan for individuals.

In addition, Yu’e Bao on May 4 added two new money market funds to its offerings in an apparent move to diversify. Until then, users were limited to investing only in the Tianhong money market fund.

Yu’e Bao remains closely watched by regulators, who are worried that its size, along with that of the money market fund industry, could pose a threat to the financial system.

“Ant Financial hasn’t gone through stress testing, and neither has the (money market fund industry), so how can we make sure that there are no risks?” said a regulator from central bank’s payment department.