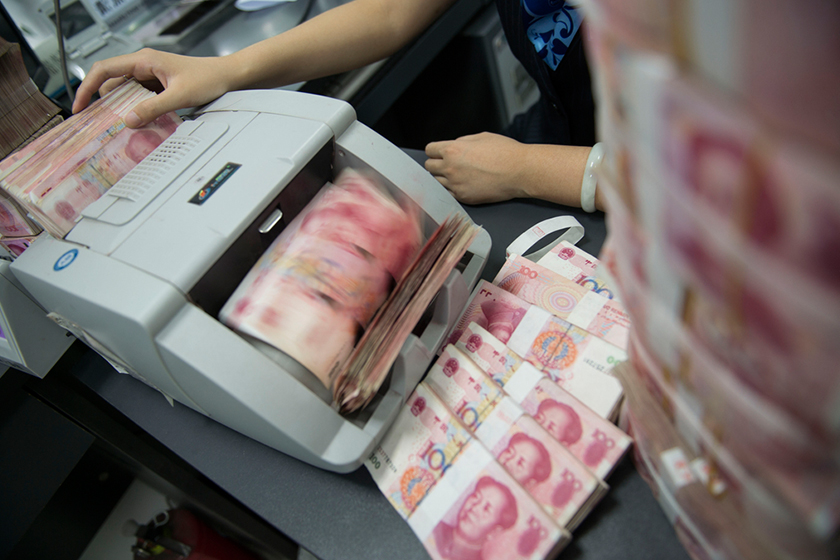 At a meeting chaired by Premier Li Keqiang, the cabinet decided it will allow selected financial institutions to cut their respective reserve requirement ratios to encourage lending to small businesses and reduce certain lending rates to lower financing costs for small firms and agricultural businesses.

Analysts said policymakers are moving to fine tune monetary policies amid rising financing costs and tightening credit supply as Beijing’s efforts to deleverage the economy and crack down on off-balance sheet lending continues into a third year.

“Policy adjustments have started,” said Ming Ming, a fixed-income analyst at CITIC Securities. A series of recent policy moves to ease the financing strain for small businesses are designed to tackle problems that emerged with the deleveraging campaign, Ming said.

China will maintain a prudent and neutral monetary policy and keep liquidity at a reasonable and ample level, the cabinet said in a statement.

The cabinet also pledged Wednesday to expand tax exemptions for small and private businesses’ income from loan interest, clarified which loans to small firms that can be used as MLF collateral and banned financial institutions from charging extra fees on small business loans.

Fears of an escalating trade war between China and the U.S. along with weaker-than-expected May economic data fueled concerns over China’s economic outlook.

China’s central bank governor Yi Gang called for investors to stay “calm and rational.” Yi said China has the capability to cope with outside shocks and the central bank is prepared with policy tools to maintain liquidity at an appropriate and stable level.

On the same day, the central bank made a surprise net injection of 250 billion yuan into the market through its medium-term lending facility (MLF) and reserve repos.

The central bank also said in a working paper Tuesday that China should cut banks’ reserve requirement ratios, fanning expectations of a policy shift to a monetary easing approach.

The central bank reduced reserve requirement ratios for eligible banks in January and April in a bid to pump more capital into small, private businesses and the agricultural sector. The ratio for most commercial banks stands at either 14% or 16% after the cuts. Analysts said they expect more reserve requirement reductions this year.

“When liquidity is tight for the real economy, it is unnecessary to keep the reserve requirement ratio at such high level,” Ming said.

Earlier this month, the central bank expanded the kinds of collateral it accepts for the MLF, a move also aimed at helping businesses, particularly those in targeted sectors, gain more access to financing.

An analyst at BOC International Co. said the recent policy moves indicated that the tightening measures have peaked and regulators will start to gradually adopt easing policies.