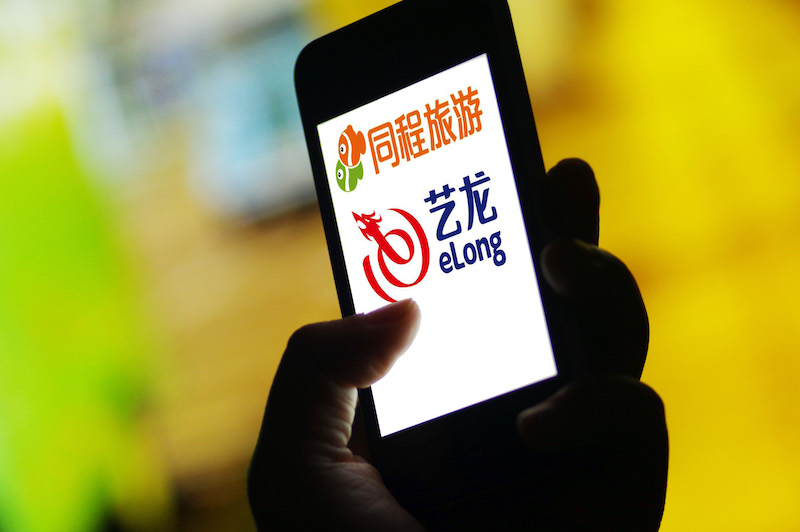 The size of the planned IPO was not disclosed. The Wall Street Journal reported in March that the company could raise between $1 billion and $1.5 billion in a potential share sale.

According to the preliminary prospectus, Tongcheng-Elong chose Morgan Stanley, JPMorgan Chase and CMB International as joint sponsors of the IPO.

Tongcheng-Elong was created by a December merger of second-tier players Tongcheng and Elong. Elong was listed on Nasdaq for more than a decade before being taken private by leading online travel agency Ctrip and social media giant Tencent. When it delisted in 2016, Elong was worth $660 million.

According to the prospectus, Tencent is the largest Tongcheng-Elong shareholder with 25% stake, followed by Ctrip with 23%.

Caixin reported in March that the new company was considering an IPO. A source close to the matter said “the company post-merger is profitable.”

China’s booming tourism market provides a lucrative opportunity for online travel agencies. In 2017, Chinese tourists made 4.53 billion trips domestically and internationally, according to a report from the Chinese Academy of Social Sciences.

Tongcheng-Elong offers online booking services for flight tickets, accommodations and travel tours. The company said at the time of the merger that it hoped to leverage Tencent’s highly popular instant messaging platform WeChat and QQ, as well as its online-payment functions, to tap more budget-conscious travelers.