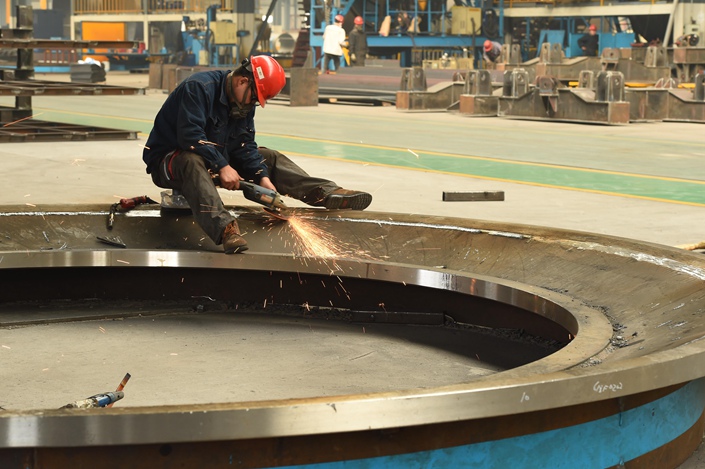 China’s industrial profits jumped in May despite the looming possibility of an economic slowdown later in the year.

Industrial profit rose 21.1% year-on-year in May, slightly lower than the increase during the rebound month of April, according to data from the National Bureau of Statistics (NBS). However, growth remained substantial enough to increase cumulative industrial profits for the first five months of the year to an annual rate of 16.5%.

The second straight month of strong earnings growth suggests that profits have stabilized after a rocky start to 2018. This is likely related to companies’ recovering from the winter slowdown when the government ordered factories to close as it battled pollution. Industrial firms have notched up profits of 2.73 trillion yuan ($415.6 billion) for the year.

The ferrous metal processing sector, which includes steel and iron, saw strong profits in May after a poor first quarter, with profits rising 114.7% from May 2017. Profits were likely bolstered by the government’s drive to cut excess steel production, with ferrous metal mining profits down by 45.3% year-on-year.

A drop in business costs as the government implements structural reforms was a key reason for large industry’s strong performance in May, said He Ping, an NBS official. He also noted that the asset-liability ratio of state-owned enterprises fell by 1.5% year-on-year to 59.5% in May. This suggests that the government is coming to grips with so-called zombie companies that survive only because of government support.

China’s economy grew by 6.8% in the first quarter, according to the International Monetary Fund (IMF). Despite the stronger-than-expected growth, the IMF announced at the end of May that it was holding to its 2018 economic growth forecast for China steady at 6.6%.