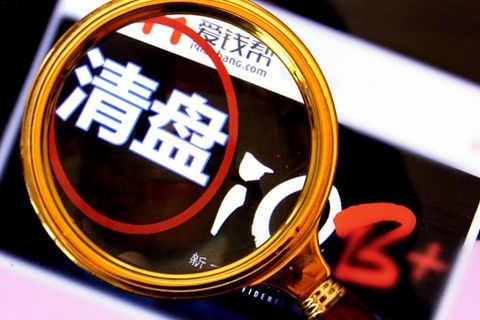 Investors in several P2P platforms, including iqianbang.com, gathered Monday at a local Beijing police station to report the loss of money to police.

In the past two months, scores of Chinese online P2P lending platforms fell into financial or legal troubles because of tightened regulation and liquidity. According to WDZJ.com, a P2P industry information provider, 23 P2P platforms were reported to be in financial distress or under investigation in the first 10 days of July. That follows 63 such cases in June, a higher number than in any month in the previous year.

Iquianbang.com said in a statement it will help investors try to get their money back but will stop adding new business. It also pledged to work with regulators on investors’ exits. The company’s website remained unchanged.

The day before the announcement, the company’s former Chairman Zhang Peifeng was put under house arrest for allegedly manipulating the securities market. Meanwhile, the company’s current Chairman Lu Fubin, a former Baidu executive, announced his departure two weeks after he invested 300 million yuan ($44.15 million) in the enterprise.

Iqianbang.com is a relatively small player in China’s 1.3 trillion yuan P2P lending sector. Founded in 2013, the platform helps companies to secure loans with car and real estate as collateral while allowing individuals to invest in those companies’ fundraising projects. As of July 20, the platform had a total transaction amount of 14.75 billion yuan.

On July 3, iqianbang.com said it completed a 300 million yuan series B+ round of financing from former Baidu Vice President Lu, who left the Chinese search giant to found his own venture capital firm.

After the investment, Lu took a 42% stake in iqianbang.com and became chairman of the company. His wife Li Qingni became legal representative. But two weeks later, iqianbang.com said the company received an exit notice from Lu. Lu disclosed through social media that he found data discrepancies and raised doubts about the company’s operations.

Lu said in a statement published on his WeChat social media account that he was “appalled” at his findings both as an investor and as a victim. He called for Zhang to take responsibility for investors and shareholders.

Several people told Caixin that they invested in iqianbang.com only because of Lu’s endorsement.

Lu has since deleted his WeChat announcement and said that in a personal capacity he would help other investors to defend their rights. He declined to comment on the matter, citing “sensitive” reasons.

Iqianbang.com also drew scrutiny for its complicated relations with several companies affiliated with former Chairman Zhang, who took control of 70% of the lending platform in 2017.

Earlier this month, Shenzhen-based P2P lending platform Touzhijia was found to have overdue debt payments a month after it announced a 400 million yuan series B round of equity investment from listed Shenzhen Jiawei Photovoltaic Lighting Co. Ltd.’s parent company.

China’s central bank recently extended a two-year campaign to clean up fraud and violations in the online financial market, targeting P2P and other online lending and financial activities. More than 5,000 operations have been shut down since the campaign began in 2016.

At the same time, authorities warned executives of online P2P lending platforms with overdue loan payments against running off with investor funds. The warning came after the person in control of a Shanghai-based investment company fled the country with more than 38 billion yuan of funds illegally raised from the public through P2P lending platforms and other outlets.