By Wu Yujian and Ke Dawei 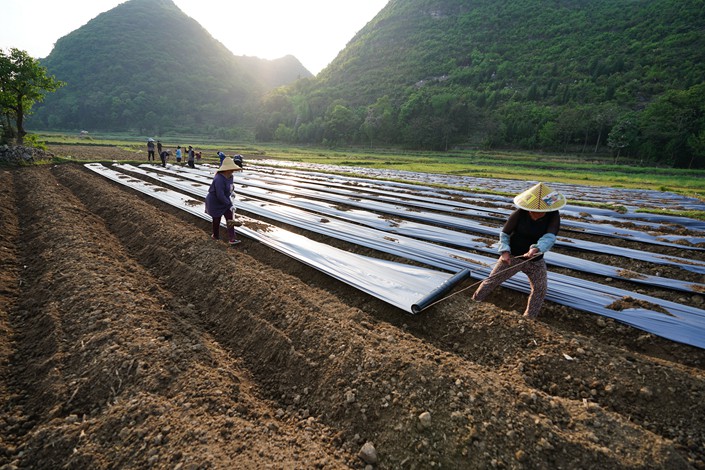 The leader of a government-affiliated body aimed at promoting lending to the agricultural sector and small businesses has called for an overhaul in the way China provides financial assistance for small businesses, rural enterprises and poverty alleviation efforts, arguing that capital must be provided with greater subtlety to prove effective.

Liu Kegu, who heads the inclusive finance working committee of the China Small and Midsize Enterprises Association, told a development summit that so far China’s efforts to extend financing to those largely excluded by the system’s current structure have been hampered by misguided statistical and policy frameworks and the pursuit of goals that are too vague to match the needs of the real economy.

Inclusive financing gained international traction as a development model with the help of a United Nations campaign in 2005 and broadly involves providing universal access to financial services such as savings, payments, credit and insurance at low cost to those largely cut off from formal financing channels.

In the Chinese context, this has largely involved assisting those who lack access to traditional forms of collateral, such as property and land, to gain credit. The problem has long been a topic of policy discussions in Beijing, with China’s efforts toward greater financial inclusion being lauded by the World Bank in February. Since 2015 the government has promoted the expansion of inclusive services under its “underbanked” national strategy, fitting in with its goal of boosting the growth of agricultural and small businesses.

Yet despite these efforts policy has been poorly designed for the needs of the rural sector and small companies, and has instead been driven by models used to deal with the wider needs and strategies of large-scale industries and enterprises, Liu argued. Models for measuring progress are often inadequate. As examples, he cited how some statistics have classified the construction of highways and power plants as poverty alleviation projects.

Liu has instead pushed for greater subtlety in government frameworks, calling for the government to explore new models for smaller enterprises to provide collateral and to provide more distinctions between poor farmers, ordinary farmers and other types of rural enterprises. There should also be specific frameworks for supporting technology and new products, and increased use of tax exemptions as growth incentives, he said.

Liu’s comments come a week after three of China’s big four state banks said they will each inject 3 billion yuan ($438 million) over four years into the National Financing Guarantee Fund, a new State Council initiative that aims to reduce funding costs for small companies and the agricultural sector, as well as support the development of new industries in line with national strategy.

Similarly, in late June the People’s Bank of China (PBOC) announced a series of policies to promote credit for small companies, including adding 150 billion yuan of relending and rediscount quotas for small firms and the agriculture sector.

Such efforts are intended to alleviate some of the pressure on smaller businesses caused by the government’s efforts to rein in debt, excessive liquidity and “shadow banking.” As of early June, 13 companies had defaulted on 14.2 billion yuan in corporate debt, already more than half the value of defaults over all of 2017. Private businesses are the main culprits in this year’s bond default cases.

Liu voiced his broad support for such measures, particularly on the supervision of internet financing. While not averse to further online innovations such as the use of blockchain, Liu called for such innovative models to be tested out at the local level before being rolled out nationwide.