By Li Rongde and Tanner Brown 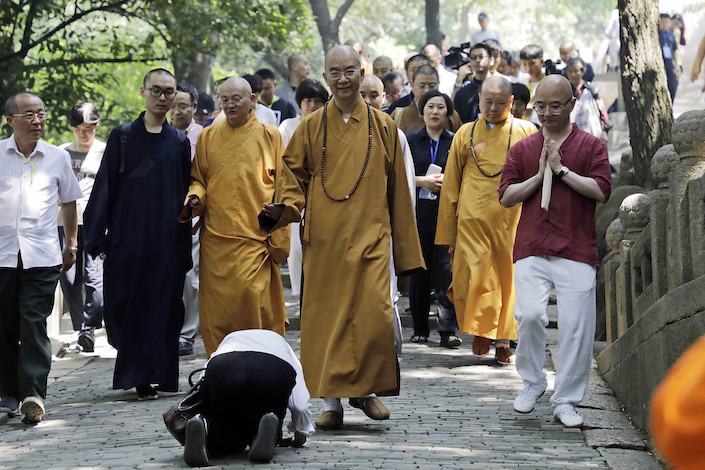 One of China’s highest-ranked monks sent sexually harassing text messages to others, the country’s religion authority has found.

Shi Xuecheng, the abbot of the Longquan Temple in northwestern Beijing, is also being investigated for alleged financial irregularities and illicit property development on the premises, the National Religious Affairs Administration (NRAA) said on Thursday.

The prominent monk, known better as Master Xuecheng, resigned earlier this month following accusations that he had sexually harassed several female disciples, making him the latest in a legion of powerful men to be brought down in China’s own #MeToo movement.

The allegations against him are part of a lengthy report published by two of Master Xuecheng’s colleagues, which also documents financial irregularities and illicit property development under the prominent monk.

The NRAA announced that it started investigating the matter on Aug. 2 after receiving the report.

Regarding the sexual harassment allegations, the administration said that Master Xuecheng will be dealt with in accordance with the charter of the Buddhist Association of China.

Local government agencies that administer Longquan Temple are looking into the other accusations.