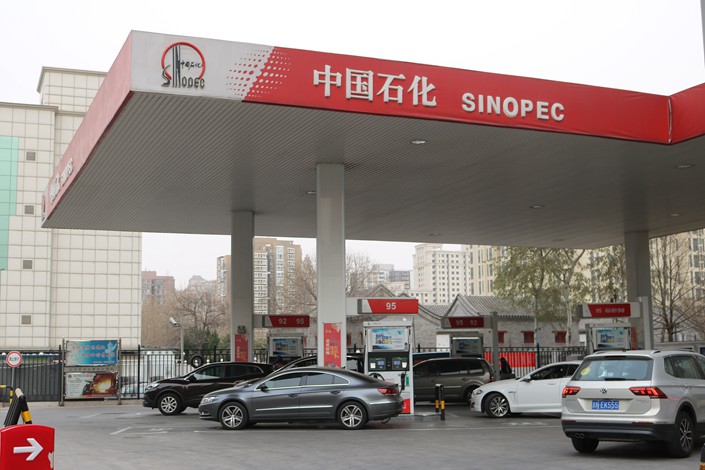 China’s state-owned oil giants struck black gold in the first half of 2018 as an uptick in global oil and gas prices pushed upstream profits skyward.

China’s top oil producer, PetroChina Co. Ltd., chalked up the greatest gains out of China’s big three energy producers, with its profit more than doubling to nearly 17 billion yuan ($2.5 billion) in the second quarter, while revenue grew 17.4% to 566 billion yuan, according to a filing with the Hong Kong Stock Exchange on Thursday. Overall profits for the first half of the year were also strong, rising 113.7% on the same period a year earlier.

China Petroleum and Chemical Corp. (Sinopec) also performed strongly, with its profits jumping 125% in the second quarter of this year to 23.6 billion yuan. Profits rose 53.60% on the same half-year period a year before.

China National Offshore Oil Corp. (CNOOC) similarly saw its first-half profit rise by 56.8% in what was its best half-year net profit since 2015, with profits rising to 25.5 billion yuan. It did not release quarterly results for comparison.

All three energy companies saw modest increases in their production. However, this is set to increase even further in the years ahead thanks to a renewed appetite for developing upstream energy sources that has been lacking in recent years, according to analysts.

In April, Sinopec announced that it will boost its annual capacity of natural gas supplies by importing and producing an extra 60 billion cubic meters (2.12 trillion cubic feet) by 2023. In July, CNOOC said it will ramp up its investment in Nigeria’s offshore oil and gas with another $3 billion, while in March, PetroChina announced its intention to boost its increase its acquisitions in support of the government’s Belt and Road Initiative, which aims to develop infrastructure projects overseas with Chinese companies’ support.

All three companies are also heavily involved in the government’s push to develop liquefied natural gas capacity as part of an effort to reduce the country’s reliance on highly polluting coal for power. Sinopec intends to more than double its capacity to receive imported liquefied natural gas to 23 million metric tons per year by adding new facilities and expanding existing receiving facilities along China’s east coast, while CNOOC brought a new major terminal in Shenzhen online at the start of August.