Anhui Government to Give Up Controlling Stake in Carmaker 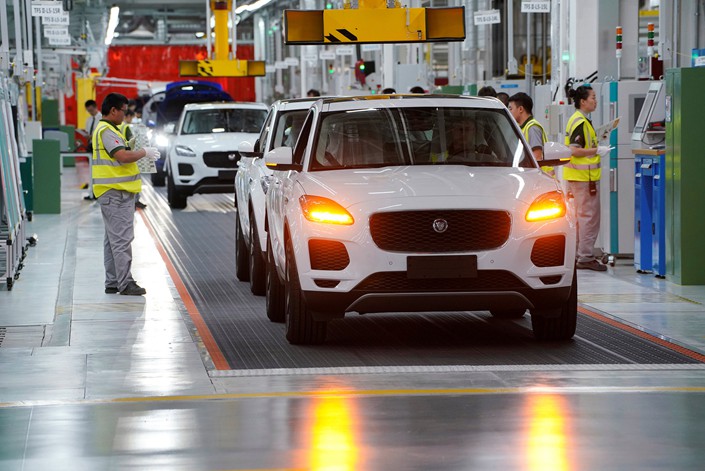 The Anhui provincial government is set to relinquish its controlling stake in cash-strapped Chery Automobile, as the automaker and its parent company issue shares worth 16.2 billion yuan ($2.36 billion).

Chery Holding, the parent company of Chery Automobile Co. Ltd, will bring in new investors by issuing new shares worth 8.3 billion yuan, according to a filing posted (link in Chinese) on the Changjiang Equity Exchange on Monday. Also, Chery Automobile will issue new shares equivalent to 19% of the total for 7.9 billion yuan, according to a separate filing (link in Chinese).

After the deal, the Anhui government-owned Wuhu Construction Investment Co. Ltd. — currently Chery Holding’s largest shareholder — will hold around 27.5% of the holding company, down from 40%. The two share issuances will see the government’s stake in Chery Automobile diluted to as low as about 16%.

The two other Chery Holding shareholders, which are both private companies, are also considering selling their stakes.

Even though the Anhui government will no longer be Chery Automobile’s largest shareholder, it will retain veto powers to ensure the company does not move operations out of the East China province, Caixin reported earlier. Parties that have shown an interest in investing include property and insurance conglomerate Baoneng Group and investment firm Fosun International Ltd., people familiar with the matter said.

The new funding will be used to repay the companies’ debts and expand existing and new businesses, according to the statements.

Founded in 1997, Chery Automobile has grown into one of China’s major domestic automakers with annual sales exceeding 600,000 units. However, it is also bleeding cash due to fierce competition in the world’s largest auto market.

Chery reported a net cash outflow of 3.1 billion yuan last year, a turnaround from its net cash inflow of 3.5 billion yuan a year earlier. As of June, its debt-to-asset ratio was 73.9%, a number which analysts said was higher than the 40% to 60% that is usual for most automakers.

The automaker’s sales have been sluggish over the last two years, exacerbated by the local government’s tightening the flow of credit and other financial support, a source close to the company told Caixin.

For the first six months though June, Chery Automobile reported a net loss of 710 million yuan on revenue of 11.3 billion yuan, compared with 260 million in profit for last year.

The automaker has in recent years began to sell off assets. In December, Chery Automobile signed a deal with Baoneng to sell a 25% stake in its car venture Qoros for 1.6 billion yuan.