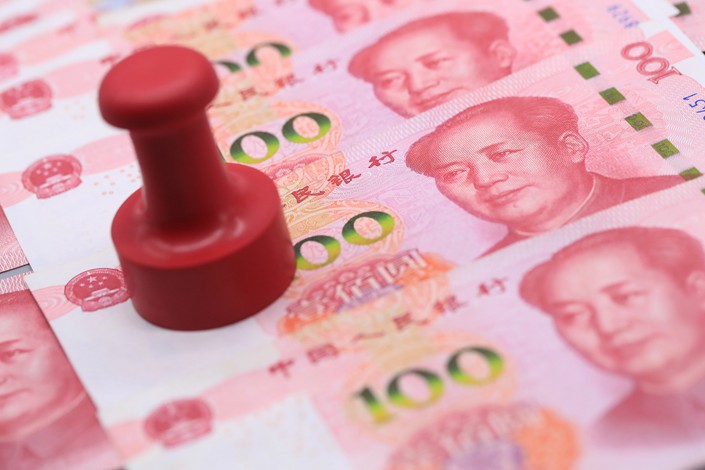 Local governments in six provinces have raised nearly 9 billion yuan illegally since the second half of 2017. Photo: VCG

(Beijing) — China’s central and local governments are set to spend a combined 21 trillion yuan ($3.1 trillion) this year on everything from road building and social security to poverty alleviation and media. But officials have little idea of whether the money is well-spent and just how much bang they are getting for their buck.

A new budget performance evaluation system aims to change all that, giving policymakers a far clearer picture of how well taxpayers’ money is being used and allowing it to more objectively assess the efficiency and efficacy of spending.

The ruling Communist Party and the State Council, the government, issued a document on Monday (link in Chinese) setting out how this new system, which has been in development for several years, will be implemented. It will be rolled out over the next three to five years and will cover both central and local government budgets, along with related spending through initiatives including public-private partnerships, government-managed funds, the sovereign wealth fund, and social security funds.

The system will aim to increase the effectiveness of fiscal spending, as well as improve transparency and accountability across all levels of government, the document said, adding that officials will be held responsible for their budgetary decisions for life. This incentive to encourage officials to think carefully before they act was also put in place for environmental protection policy in June this year.

Government agencies’ future budgets will also partially depend on how well they perform in the assessment system, according to the document. Independent third-party organizations may be brought in to help with the performance assessment if necessary.

“This is a huge deal,” said Ether Yin, an analyst at Beijing-based advisory firm Trivium China. “The new budget performance system will help sustain the central government’s effort to make local governments and other central government agencies be honest with their books by guiding them to spend money more efficiently.”

As part of the new system, local governments will be more strictly supervised on their debt status and how they manage their liabilities, according to the document, which spells out to local governments that they are strictly prohibited from raising more debt than their allowed limits.

A report released Tuesday from the National Audit Office (NAO) shows why such a clear stipulation is necessary. The NAO, which tracks the implementation and enforcement of major government policies, issues regular reports on its audits of local authorities and the latest publication shows that officials have continued to build up off-balance-sheet debt, despite Beijing’s long-running efforts to stop their opaque and risky borrowing practices.

Local governments in six provinces were found to have taken on a combined 8.86 billion yuan of debt, in violation of various regulations that control local-authority borrowing, according to the report, which covered investigations conducted in the second quarter of 2018.

Some local authorities have already stepped up supervision of how their budgets are spent as part of the overall construction of the performance evaluation system. In July, Liaoning province in China’s Northeast set up a budgetary watchdog to increase legislative scrutiny of government spending and investment.

Local government liabilities have grown rapidly over the past few years, partly due to pressure to spend money to meet economic growth targets and partly because local authorities are responsible for expenditures they don’t have the resources to pay for, making them dependent on the central government for transfers of fiscal funds. The lack of money has left many local governments overly dependent on the sale of land-use rights to raise cash. It’s also forced them to turn to off-budget channels such as local government financing vehicles (LGFV) to raise money for investment spending, raising concerns that this type of hidden debt was exposing them and the financial system to significant risk.

The central government has been trying to clean up local government debt for several years, with the dual aim of finding out exactly how much debt there is and making it more transparent by bringing it back onto the budget. This has curbed some of the more opaque sources of funding but it’s also left some areas strapped for cash as tax revenue has slumped due to the impact of slowing economic growth.

The Leiyang city government in southern Hunan admitted in June that it was unable to pay May salaries to its employees on time because it didn’t have enough money. In July, the city’s main LGFV was warned by one of China’s top domestic credit ratings companies it may have its credit ratings cut. In August, angry parents took to the streets to protest about the city government’s plans to push their children into fee-paying private schools to comply with Ministry of Education orders to cut oversized classes.