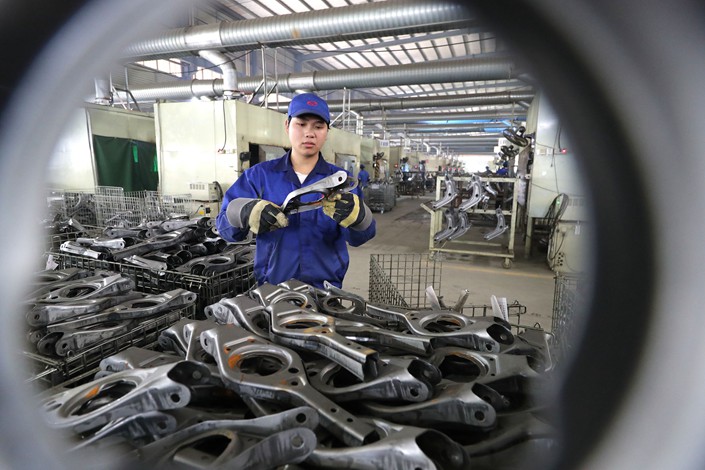 Jifeng has promised to keep Grammer, a German car-interiors maker, independent after its takeover. Photo: VCG

* Promises not to meddle did not prevent the resignation of Grammer’s chief executive, chief financial officer and chief operating officer

(Beijing) — A Chinese car-interiors maker that bought a German peer saw its plans for continuity dented when three of the company’s top executives resigned.

Ningbo Jifeng Auto Parts Co. Ltd. secured an 84.23% stake in Grammer AG on Sept. 10 in a move that aimed to take advantage of the overlap in their customer bases and the growing links between the German and Chinese automobile industries.

Promises not to meddle in Grammer’s management and structure did not prevent the resignation Monday of its long-standing chief executive, chief financial officer and chief operating officer, however. The three are making use of a change-of-control clause, a company statement explained.

It is unclear whether the resignations were prompted by fears over the company’s future or if the three saw it as an opportune moment to leave. However, Jifeng nevertheless issued a statement on Tuesday reiterating that it will maintain Grammer’s current strategy and governance, protect its intellectual property and maintain its global staff of around 13,000, according to Reuters. “We acknowledge that the management board members of Grammer decided to leave their posts, and we thank them for supporting our takeover offer, and for ensuring a smooth transition to a new leadership team,” Reuters reported, quoting Jifeng’s statement.

The resignations are likely a setback for Jifeng as it had stated its intentions to allow continuity in Grammer’s operations. A presentation on Grammer’s website explains that the deal was motivated by the potential advantages of bringing together the Chinese and German companies’ customer bases. Grammer works with Volkswagen Group, BMW AG and Daimler AG, while Jifeng works with growing Chinese companies Great Wall Motor Co. Ltd., Changan Ford and BMW’s China partner, BMW-Brilliance.

Many of these companies are exploring greater ties between the two car-producing countries, particularly as China pushes forward in its strategy to become an electric-car powerhouse.

In July, BMW obtained the right to invest as much as 2.85 billion yuan ($410 million) in Fujian province-based Contemporary Amperex Technology Co. (CATL), the world’s largest vehicle-battery producer, a week after it announced a 50-50 joint venture to produce its Mini cars in China with Great Wall Motor. A month earlier Daimler AG said its China joint venture will build a new electric-vehicle battery plant as part of a broader framework agreement with local joint-venture partner BAIC Motor Co. Ltd.

Chinese car companies are also moving in the other direction, with homegrown Zhejiang Geely Holding Group Co. Ltd. preparing to start producing its luxury Lynk 01 PHEV hybrid model in Belgium next year, in a move that would make it the first Chinese car produced in Europe.