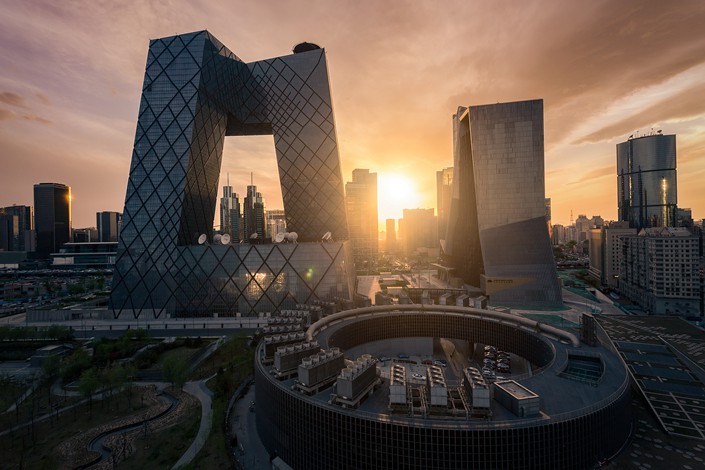 * IMF report says that “Escalating trade tensions and the potential shift away from a multilateral, rules-based trading system are key threats to the global outlook”

(Nusa Dua, Indonesia) —The International Monetary Fund (IMF) on Tuesday announced that it has lowered its 2019 projection for economic growth globally — and also for China and the U.S. — due to rising trade barriers and greater policy uncertainty.

The IMF predicts that the global economy will grow by 3.7% in 2019, it said in its latest World Economic Outlook (WEO) report, down from its July prediction of 3.9%. This marked the first time since July 2016 that the fund has downgraded its global growth projection.

World economic growth is set to soften over the medium term, with the expansion rate expected to further decelerate to 3.6% by 2022-23, the IMF added. The expected slowdown is a result of tightening global financial conditions as governments normalize their monetary policy, feel the impact of trade tensions, see waning momentum in the U.S. when its fiscal stimulus starts to unwind in 2020, and view slowing growth in China due to weaker credit growth and rising trade barriers.

The U.S. Federal Reserve raised the federal funds rate by 25 basis points in late December, and Fed Chairman Jerome Powell’s speech in early October has fanned speculation that the U.S. may continue to hike interest rates. This tightening would contribute to a normalization monetary policy, following the years of loose policy that followed the 2008 financial crisis.

“In several key economies, moreover, growth is being supported by policies that seem unsustainable over the long term. These concerns raise the urgency for policymakers to act,” IMF Economic Counsellor Maurice Obstfeld said in a statement.

In the WEO report, released ahead of the annual meetings of the IMF and the World Bank in Bali, Indonesia, the IMF said: “Escalating trade tensions and the potential shift away from a multilateral, rules-based trading system are key threats to the global outlook.”

Increasing trade restrictions since April, highlighted by the U.S. imposing tariffs on $250 billion of exports from China and retaliatory measures its trading partners have taken or promised to adopt, have increased policy uncertainty and could dent business confidence, fuel financial market volatility, slow investment and trade, and hinder the spread of new technologies, according to the report.

“Avoiding protectionist reactions to structural change and finding cooperative solutions that promote continued growth in goods and services trade remain essential to preserve and extend the global expansion,” it said.

“The possibility that China and the U.S. resolve their disagreements would be a significant upside to the (global) forecast,” said Obstfeld. However, economists don’t think the frictions between the world’s two largest economies are likely to disappear anytime soon. During U.S. Secretary of State Mike Pompeo’s visit in China on Monday, Chinese Foreign Minister Wang Yi called for the U.S. to stop escalating trade frictions and making accusations against China’s domestic and foreign policy, and Pompeo, in response, said the two countries have a “fundamental disagreement.”

Global gross domestic product (GDP) would fall by more than 0.8% in 2020 and remain roughly 0.4% lower in the long term compared with a baseline without trade tensions, the IMF’s model simulations showed. The damage to the respective GDPs of the U.S. and China could be even greater. It estimates U.S. GDP will be under that baseline by more than 0.9% over the next year, and China’s GDP will be 1.6% under.

The international lender blamed the downward revision of its forecast for U.S. expansion next year on the country’s recently announced trade measures, which are set to raise the prices of a variety of imported goods. It warned that unexpectedly high inflation in the U.S. — at a time when the economy is seeing full employment while the pace of interest rate increases could prove slower than Federal Reserve projections — could “lead investors to abruptly reassess risks.”

But China’s economic growth rate is not just slipping due to trade tensions, said Obstfeld. Given the Chinese government’s attempts to tighten up the financial sector, especially the non-bank sector, and to reduce the pace of credit growth, it was “completely predictable” that Chinese growth would slow somewhat, he said

China’s recent shift to a more accommodative macro policy stance, while fine-tuning the pace of deleveraging, has underlined “the difficult trade-off between growth and stability that policymakers face,” the IMF said. It called on Chinese policymakers to maintain their focus on deleveraging, financial regulatory tightening, and more market-based credit allocation to improve the economy’s resilience and boost medium-term growth prospects.

The People’s Bank of China announced on Sunday that the reserve requirement ratio for most commercial banks and all foreign banks will be reduced by 1 percentage point from Oct. 15. The targeted cut, which is the fourth of 2018, will release 1.2 trillion yuan ($174 billion) of liquidity into the banking system. The move fueled speculation that the regulator may loosen its grip on liquidity, but the central bank emphasized that it won’t change the tone of its monetary policy that is set to be prudent and neutral.

“Our advice to China is to stay the course,” said Obstfeld, arguing that China should continue to pursue high-quality over high-quantity growth. China has a “balancing act” in trying to shore up the economy while also reducing financial risks, he said.

The IMF lowered the forecast for world growth this year to 3.7%, down 0.2 percentage points from its July prediction. But it kept the projection for growth rates in the U.S. and China unchanged for this year, which were 2.9% and 6.6% respectively.