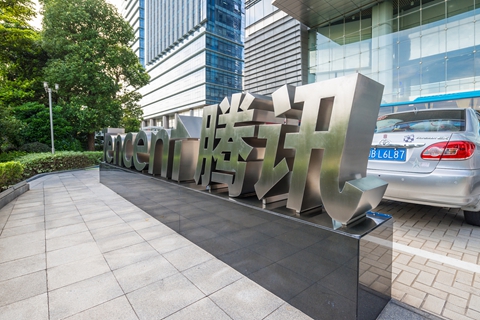 Chinese gaming and social media giant Tencent Holdings. Ltd. plunged to a 15-month low in Hong Kong trading Monday, wiping out more than a third of its market value since the stock peaked in January.

Last November, Tencent became the first Asian company to top $500 billion in market value after its shares more than doubled during the year.

Tencent’s stock has been sliding since late March, reflecting investors’ concerns that tightening control by the government over online games may hurt Tencent’s most profitable business. Gaming operations contributed 34% of Tencent’s revenue in the second quarter this year.

Chinese authorities have tightened scrutiny of online games in recent months and announced a cap on the number of new releases, citing concerns about gaming addiction among children. Such moves have forced Tencent to limit users’ access to its hottest title, “Honor of Kings,” the Chinese version of “Arena of Valor,” and put a pause on a plan to charge players for another popular game, “Player Unknown's Battlegrounds.”

While the core gaming business struggles, Tencent posted its first quarterly profit drop in 13 years in the second quarter.

Tencent’s weakening stock performance is also fueled by the spreading tech sell-off in Asian markets, reflecting growing investor caution after a bull market last year. Chinese shares have also tumbled due to rising concerns over the ongoing trade tensions with the U.S. and continued slowing of economic growth.

Tencent has stepped up share buybacks to slow the decline. As of Friday, the company spent HK$690 million to repurchase 2.16 million shares on the public market for a 19 straight sessions.

Despite the shares’ decline, institutional investors have largely remained optimistic about Tencent’s stock. About 37 Chinese and foreign brokerages and investment banks rate the stock a buy, according to market data provider Windinfo. Their target prices range between HK$396 and HK$558.