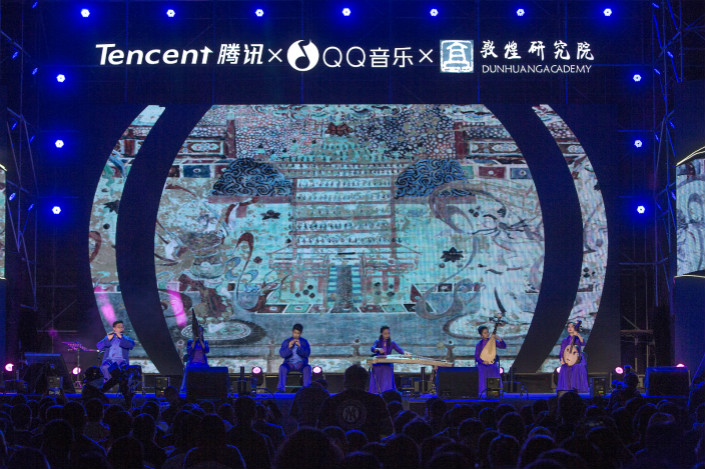 Tencent Music Entertainment Group, the music arm of China’s online game leader, has filed to raise up to $1 billion in a New York IPO, extending a yearlong spree of U.S. listings by Chinese tech and media companies.

China’s largest music streaming company, spun off by internet behemoth Tencent Holdings Ltd. earlier in the year, announced the plan in a filing to the U.S. Securities and Exchange Commission on Tuesday.

By the second quarter of this year, Tencent Music had over 800 million monthly active users across several different platforms, including three streaming apps – QQ Music, Kugou and Kuwo, and an online karaoke platform called WeSing, the prospectus said.

Tencent Music’s strong performance comes at a time when China’s music industry and other entertainment services have boomed as consumer are increasingly willing to pay for content. Part of that shift has been driven by industry and government efforts to crack down on copyright infringement, which used to be rampant in China and was a constant complaint among Western movie and music copyright owners.

Still, only 3.6% of Tencent Music’s users paid for its music downloading services. By comparison, nearly half of the 180 million subscribers to global peer Spotify Technology SA, are paying. Instead, Tencent Music’s major revenue sources came from online entertainment services, such as online karaoke, gaming and sales of music-related merchandise.

The company said it would use proceeds from the IPO to enhance its music content library, and for product and service development.

Tencent Music counts Sweden-based Spotify as one of its strategic partners after the pair reached an equity swap deal late last year. The prospectus showed that Spotify owned 9.1% of the company’s total shares prior to the IPO, while its parent company holds around 58%.

Tencent Music is the latest spin-off from its parent, which is making separate listings for some of its major units that aren’t directly related to its core gaming and social networking assets. In November, China Literature Ltd., Tencent’s online publishing unit, raised $1.1 billion in a Hong Kong offering. China Literature shares initially soared after the IPO, but have moved steadily downward since then and now trade below their listing price.