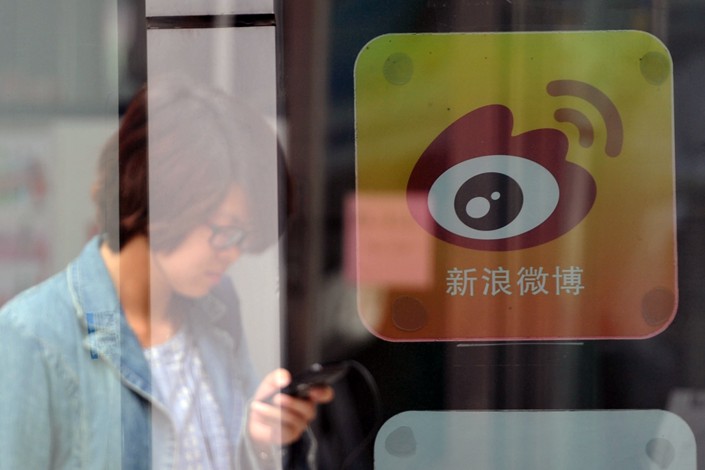 Weibo said that the new age restriction will help 'create an environment that is clean, healthy, civilized, and organized.' Photo: IC

As of Nov. 1, the platform will forbid children under the age of 14 from creating accounts, Weibo said in a notice (link in Chinese) on Tuesday. This aims to “protect minors’ cybersecurity” and “further create an environment that is clean, healthy, civilized, and organized,” the notice said.

The platform is currently developing a special version for minors, on which content and activities specifically tailored to be children will be provided, Weibo said. The notice didn’t say how current users who are younger than 14 will be affected.

Since its establishment in 2009, Weibo has become one of China’s largest social media platforms with a monthly active user base of nearly 400 million at the end of 2017.

Late last year, the platform demanded its users verify their accounts with their real names within one week. The move came seven years after Weibo launched a real-name system.

The age restriction also comes nine months after the microblogging site fell afoul of Chinese internet regulators, who temporarily ordered it to ban one of its trending functions due to its fail to remove content deemed inappropriate.

Weibo Corp., the operator behind the platform, has seen its share price on New York’s Nasdaq Stock Market drop by about a half over the last few months amid a wider slump of Chinese tech stocks. The company is now valued at around $14 billion, compared to more than $25 billion at its peak early this year.

Weibo is just one of the internet platforms that have stepped up efforts to meet regulators’ increasing scrutiny. Bytedance Ltd., the company behind China’s most popular news app Jinri Toutiao, was among a group of internet companies targeted by regulators early this year. Toutiao has since then taken various measures, including doubling its number of staff responsible for removing content.