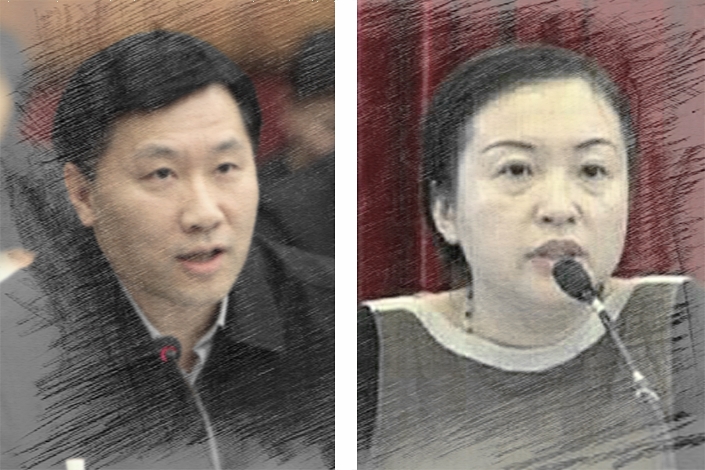 From 2006 to 2015, Yao took advantage of his positions at the China Securities Regulatory Commission (CSRC) to gain benefits from companies involved in mergers or share transfers and to help companies under the commission’s supervision avoid penalties, according to a court verdict. In return, he received bribes worth nearly 70 million yuan paid through his relatives. He was also involved in insider trading in 2007 when he headed the CSRC department that reviews applications for initial public offerings (IPOs).

Yao is the latest CSRC official from the regulator’s IPO department to be jailed for corruption. Last month, a Beijing court rejected an appeal by Li Zhiling (李志玲) against her conviction in 2017 for taking bribes worth more than 40 million yuan, the harshest punishment for graft ever handed to an official at the CSRC. She now faces life in prison.

China has been considering shifting its lengthy approval-based IPO system, which provides opportunities for rent-seeking by officials, to a registration-based system similar to that in the U.S. where the market plays a much larger role in the process.

Changing of the guard

More details emerged on Monday about the key officials who will run the merged banking-insurance super regulator, the China Banking and Insurance Regulatory Commission (CBIRC).

Fan Wenzhong (范文仲), former head of the CBRC’s international department who gained a doctoral degree in economics from Yale University, will be chairman of a financial holding company to be set up by the Beijing municipal government.

During his five-year tenure as chairman of the CDB, Hu is alleged to have helped an affiliate of CEFC China buy a stake in the Bank of Hainan, prosecutors allege. He also helped another CEFC China unit obtain a $4.8 billion credit line from the CDB.

Over the years, CEFC China has amassed assets in Europe, the Middle East, Central Asia and Africa. Sources have told Caixin that the CDB was an important credit backer of CEFC China. Ye was placed under investigation for alleged economic crimes in January.

The case has brought to light details of how Guo leveraged government connections in his financial dealings before he fled China in 2014 as he was being investigated for graft. Guo, also known as Miles Kwok, is now living in the U.S.

We’d love to get your feedback — if you think we’re missing important moves, or if you’ve any other comments on this newsletter, please let us know.