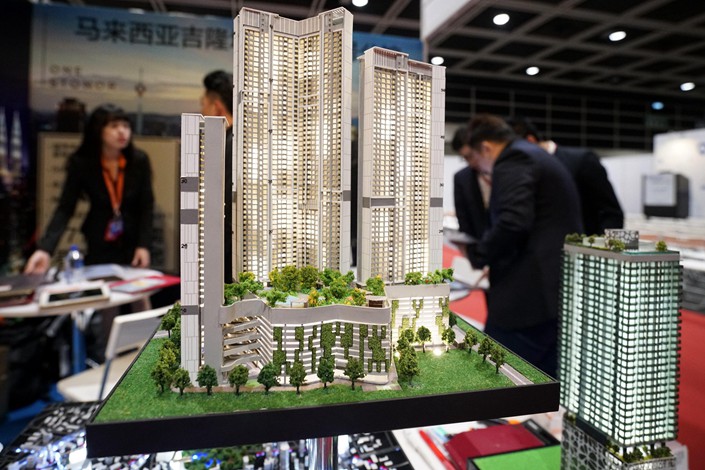 Chinese corporate investment in overseas real estate has dropped amid the trade war with the U.S. and Beijing’s tightening control over capital outflows, London-based real estate consultancy Knight Frank said in a report.

While total Chinese outbound investment in overseas real estate last year continued to grow, up 11.7% at $43.98 billion, this was largely due to the $14.56 billion acquisition of a European logistics portfolio by state-owned China Investment Corp., according to the report. “Without this mammoth deal, Chinese capital outflow in 2017 would actually have fallen 25.3% year-on-year,” the report said.

“The China-U.S. trade war, Brexit, and the Fed rate hike are factors that have influenced the investors, but these are not the essential reasons,” said David Ji, Knight Frank’s head of Greater China research and consultancy, at a briefing in Hong Kong on Oct. 12.

Starting in 2017, China began to clamp down on companies racking up huge debts through outbound investment. Conglomerate HNA Group, formerly one of China’s biggest overseas shoppers, has been offloading many overseas assets. Property developer Dalian Wanda Group has also been trimming its assets to lighten its debt load.

“The cycle of Chinese investors’ bulk buying of the overseas real estate has come to an end as China’s capital outflow restrictions have influenced the preferences of the investors,” Ji said.

China’s capital outflow controls have had a “detrimental impact” on markets, including the U.S. and Australia, where the value of Chinese real estate investment last year dropped to $5.99 billion and $2.6 billion respectively, the report said. That was a 64% year-on-year decline in the U.S. and a 51% drop in Australia.

Also, relations between China and both countries have grown increasingly tense. Beijing and Washington have slapped rounds of tit-for-tat tariffs on each other since earlier this year. Over the last two years, scandals over alleged Chinese influence on Australian politics have soured the relationship, having an indirect impact on investment in the country, which fell as a whole by 40% in 2017.

Ji told Caixin that the leases in London often cover a span of 10 years, at which time the impact of the U.K.’s withdrawal from the EU may have faded, so Brexit is unlikely to affect the long-term price of the properties being bought by Chinese investors.

However, 2017 appears to have been an outlier for Chinese investment in British property. In the first seven months of this year, investment was down to $1.26 billion, according to the Knight Frank report.

The integration of Hong Kong into the Greater Bay Area and the completion of major transportation projects have helped trigger mainland investors’ interest and have boosted the city’s commercial property and real estate leasing markets, the consultancy suggested in the report.

“As the Sino-U.S. trade dispute rages on, its ramifications will spread beyond trade to the general investment environment in gateway cities,” said the report. “So in the short run, New York’s loss is London’s and Hong Kong’s gain.”