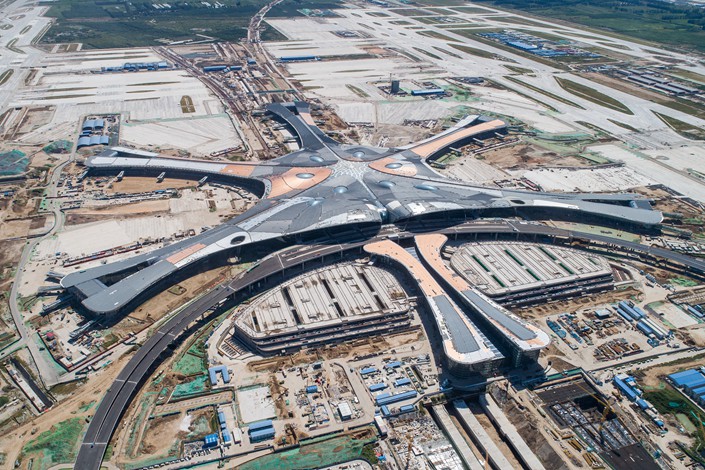 Beijing says it is increasingly turning to the private sector to take the lead in funding infrastructure projects as the country looks to spur growth without adding extra debt to its books.

An article carried on the website of the State Council, China’s cabinet, announced that 1,222 infrastructure projects worth a combined $362 billion had gained funding support from private companies, citing information from the National Development and Reform Commission, the country’s economic planning agency. It did not specify how many new projects had been announced in the last year.

The announcement is likely intended to quell rising concerns over the substantial drop in year-on-year growth in infrastructure investment, which comprises spending on roads, railways and other public facilities. Data from the National Bureau of Statistics showed that spending growth fell to a record low of 4.2% year-on-year from January to August.

The reduction has come amid a government campaign to rein in debt-fueled spending from local governments and follows cancellations of some ambitious infrastructure projects deemed economically unsound. Nearly a year ago, the central government stepped in to pull the plug on two local government-supported subway lines in the northern cities of Hohhot and Baotou, which would have cost a combined total of about 57 billion yuan ($8.23 billion).

Beijing is attempting to find more innovative ways of encouraging infrastructure growth, such as by encouraging local governments to issue special-purpose bonds that can be repaid only by income from the infrastructure projects they finance.

The airports were mandated under the government’s most recent five-year plan, and are not simply a response to current economic pressures, said Jeff Yu, a specialist in transportation logistics at consultancy Roland Berger. “However, there’s been a significant shift towards welcoming more private infrastructure investment and there is a major change in direction when it comes to social capital to come into the sector,” he said.

Another significant change in China’s infrastructure development is that it will no longer focus on “grandiose, nation-building, multibillion-dollar infrastructure initiatives,” but rather “smaller-scale and lower value projects,” said consultancy BMI Research in its latest China infrastructure report.

Yu agrees, arguing that efforts to develop China’s less-modernized western regions offer greater opportunities for private companies, describing them as a “playground” for experimenting with the private sector.

“These places have faced more challenges for returns. If you offer the shares, and offer the flexibility to own the operation, private companies can introduce more innovative business models, and turn them into innovative projects,” he said.