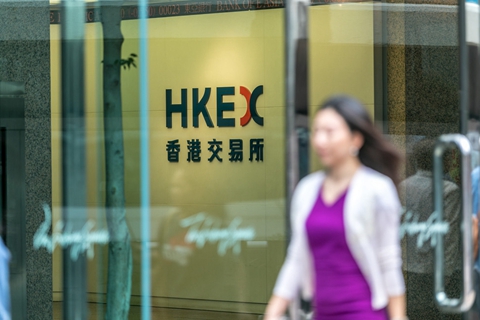 Innovent is expected to be the fourth pre-profit biotech startup to list in Hong Kong. Photo: IC

Chinese biomedical developer Innovent Biologics Inc. intends to raise as much as HK$3.3 billion ($420 million) in an initial public offering in Hong Kong, joining a parade of pre-profit biotech startups tapping the market.

Suzhou-based Innovent, which is backed by mutual fund giant Fidelity and Singapore’s Temasek, is scheduled to debut on the Hong Kong market Oct. 31. The company kicked off its roadshow Monday and is set to announce the share price Oct. 23.

Innovent earmarked funds from the IPO for use in accelerating clinical trial work and commercializing drugs, according to the prospectus. Founded in 2011, Innovent develops biologically based anti-cancer drugs known as PD-1 inhibitors. Shorthand for “programmed cell death protein 1,” PD-1 is an immunotherapy that uses the patient’s own immune system against cancer cells.

Innovent is expected to be the fourth pre-profit biotech startup to list in Hong Kong after the financial hub revised its regime in April to allow early-stage biotech companies. Previous such issuers include Ascletis Pharma Inc., Hua Medicine and BeiGene Ltd. Innovent filed for the Hong Kong listing in July.

However, the market has given a lukewarm reception so far to the money-losing startups, partly in the context of the recent global stock market declines. The benchmark Hang Seng Index has dropped 21% from its peak in January.

As of Monday, shares of Ascletis, the first money-losing biotech company listed in Hong Kong, have tumbled more than 52% from the offering price in late July. Hua Medicine declined 11.8% since its debut in September, while BeiGene lost 30% since August.

The company has a portfolio of 17 potential products for treating cancer, autoimmune disorders and other diseases. Seven of the treatments are in clinical development. The company has also partnered with U.S. pharmaceutical giant Eli Lilly in developing cancer treatments, according to Innovent’s website.

Innovent posted combined losses of 1.49 billion yuan ($225 million) during its seven years in business, according to the prospectus. In 2016 and 2017, the company’s research spending totaled 997 million yuan. In 2017, Innovent booked 18.5 million yuan of revenue from services and licensing. The company has received 85.2 million yuan in subsidies from the Chinese government over the past two years.

Innovent has raised almost $490 million through five rounds of equity funding since its inception seven years ago. Major backers include Temasek, Fidelity, Hillhouse and Legend Capital.

The latest funding round was in April, when Innovent raised $150 million from investors that included Capital Group Private Markets, Cormorant Asset Management, Rock Springs Capital and Ally Bridge Group. The fundraising gave Innovent a valuation of more than $1 billion.