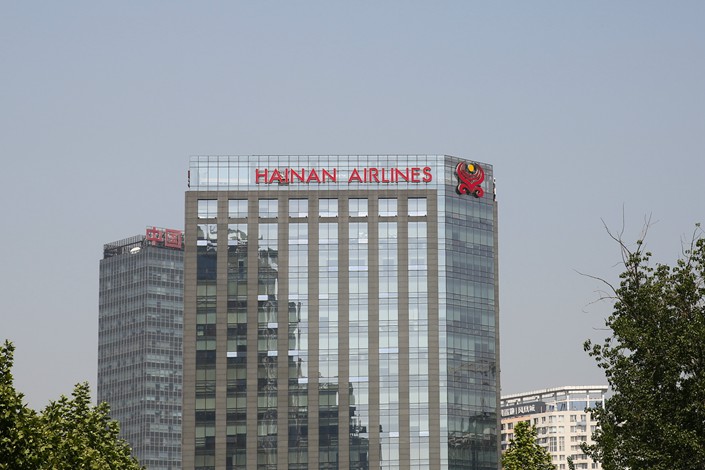 An HNA Group office building in Beijing on May 4. Photo: IC

That followed a killed deal in September, when subsidiary HNA Technology Co. Ltd. said it would not pursue a 7.5 billion yuan plan to acquire e-commerce site Dangdang Inc.

Hainan-based HNA was once one of China’s biggest dealmakers abroad, snapping up $50 billion of assets in aviation, tourism, real estate and other sectors in a shopping spree over the last few years. But its global ambitions ran into trouble last year when Chinese regulators tightened scrutiny of companies’ debt-fueled spending.

Since the second half of last year, HNA has busied itself with a massive sell-off of assets to reduce debt and shift focus back to its core aviation business. It shook up its management to win back investor confidence after co-founder and co-Chairman Wang Jian died in an accident in France in July.

The Beijing office sale was shot down at an extraordinary shareholder meeting on Friday by an overwhelming 93% of votes. This kind of shareholder veto usually indicates dissatisfaction with the price of the sale.

Flagship unit Hainan Airlines Holding Co. Ltd., which planned the sale, revealed the outcome in a filing (link in Chinese) to the Shanghai Stock Exchange Tuesday, saying stakeholders “expect the company to come out with a more optimized deal that acts on the interests of both shareholders and the company.”

Hainan Airlines announced sale of the Beijing HNA Plaza to property giant China Vanke in September. If the transaction went through, HNA would have pocketed 557 million yuan in disposal income.

Hainan Airlines said it would submit a new proposal during the next shareholder meeting, while Vanke didn’t immediately respond to Caixin’s queries about the deal.