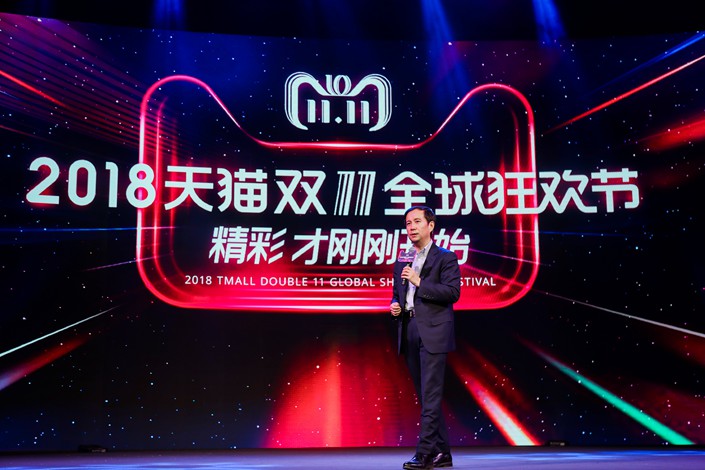 Chinese e-commerce titans are bringing the annual “Double 11” online shopping bonanza to Southeast Asia, in an attempt to replicate its success overseas.

Alibaba Group Holding Ltd. said Singapore-based online marketplace Lazada, of which the Chinese firm holds a majority stake, will host its first ever “Double 11” shopping event on Nov. 11, the date that the festival, initiated by Alibaba, is named after.

The Southeast Asian markets that will participate in the festival will include Indonesia, Malaysia, the Philippines, Singapore, Thailand and Vietnam, Alibaba told Caixin in an email on Monday. It said “shoppers can enjoy the biggest discounts of the year from LazMall and local sellers on Lazada marketplace.”

LazMall is a luxury goods retailer under Lazada.

Dong Benhong, Alibaba chief marketing officer, told media on Friday in Beijing that the company aspired to create a global shopping festival as significant as Christmas. It is slated to roll out Double 11 marketing campaigns on some landmarks in Western cities, such as the Eiffel Tower.

This year also marks the 10th anniversary of the festival since its first launch in 2009 by Alibaba. Its rivals have all followed suit with big sales during the period.

JD.com Inc. is on a similar mission to bring the shopping spree to emerging Southeast Asian markets: Thailand and Indonesia.

The company told Caixin on Monday that its wholly owned Indonesian e-commerce portal and JD Central, another portal co-launched with Thailand’s retail conglomerate Central Group in September, will not miss out on this year’s shopping festival, which kicks off on Nov. 1.

The online shopping market in Southeast Asia is set to surpass $88 billion by 2025, 10 times what it was in 2015, according to a joint report by Google and Temasek.