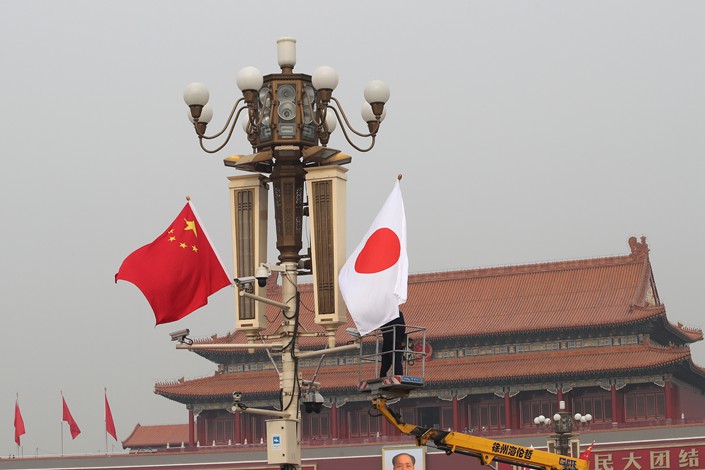 As Washington pressures its trading partners to support its tariff strategy against China, China is facing resistance in export markets in Europe and elsewhere.

Chinese companies will need to look to alternative markets and sources of supply. The agriculture sector is already feeling the effects of higher costs. Scale farms in the dairy sector have reduced the American soybean and alfalfa content of their feed formulations, replacing them where possible with alternative grains. Negotiations with India for purchase of rapeseed meal began two months ago; China stopped importing Indian rapeseed in 2012 due to contamination issues. This may open the door for even greater increases in trade with India. The Chinese government is sensitive to the impact of food inflation on its large number of mostly rural poor. Once it has secured alternatives to the U.S. supply, it is unlikely to go back to depending on American farmers.

China’s challenges in procuring Western technology abroad and finding partnerships for the development of technology at home will not be resolved soon. The United States leads the world with the likes of Google, Microsoft, Apple, Amazon, and Tesla. Whatever deal is eventually struck between Washington and Beijing, it is likely that some sort of American technology embargo will remain, forcing China to become more innovative and independent in its technological development. It is ironic that U.S. attempts to curtail Chinese domestic innovation is likely to result in its acceleration. True innovation will require much-needed changes to China’s education system, which does not presently foster independent, creative, inventive thinking.

China will adjust to its split with the United States and, rather than the U.S. isolating China, the U.S. may find itself isolated. Washington is not accounting for the possibility of China forming new, even unlikely, alliances. China and Russia are already deepening their strategic relationships with joint military exercises and technology exchanges. Expanded Chinese economic ties with India have the potential to reduce border tensions and lessen the need for India to become closer strategically to the United States. Given China’s close links to Pakistan, any rapprochement would not occur quickly.

Washington also risks its tight strategic relationship with Japan slackening, as Tokyo, Seoul and Beijing increase the pace of negotiations for a three-party free trade agreement (FTA), more from shared, pragmatic economic needs than any deep desire for détente. Without Japan’s relative strategic and economic dependence, American confidence that it may contain China in the region through Japan (an intractable figment of the U.S. leadership’s imagination) will slowly weaken.

Despite the historical distrust between China, Japan and South Korea, and the extent to which their modern identities have been partially built on historical chagrin and mutual distrust, American trade warmongering and strategic unreliability may push these three Asian nations closer together. It is against U.S. interests that the three sign an FTA, which may see the U.S. excluded from an arrangement whereby the North Asian powerhouse economies enhance market access only for each other.

Together accounting for around 20% of global GDP, China, Japan and South Korea are increasingly dependent upon each other economically, with tightly linked supply chains and trade flows. The commercial motives for greater unity are stronger than the political drivers, but U.S. Vice President Mike Pence’s bellicose speech, threatening China and potentially undermining regional stability, would have caused leaders in Tokyo and Seoul to question further how reliable and balanced an ally the U.S. may be. Most of the U.S.’ trading partners have come to realize that they may suffer unexpected tariffs or embargoes on their goods at any time.

The random and naive nature of Washington’s attempts at rapprochement with Pyongyang is slowly turning from disbelief to concern in North Asia. For all of Washington’s boasts, Japan and South Korea know that it has been more Chinese pressure on North Korea than American sanctions and threats that have motivated Kim Jong Un to engage in disarmament talks and consider opening his country. Having been all but excluded by the U.S. in Washington’s initial discussions with Pyongyang, South Korean President Moon Jae-in has recovered some initiative with his own negotiations, working somewhat independently of Washington. Coupled with recent leaks that Washington had considered pre-emptive “decapitation” strikes on North Korean nuclear facilities earlier in the year, which would have almost certainly prompted the North Korean army to obliterate Seoul, American influence in the region is beginning to look more like a liability than an assurance of security.

Prior to Japanese Prime Minister Shinzo Abe’s visit to China this week, he sent a ritual masakaki tree to the Yasukuni Shrine, where the bodies of 14 convicted war criminals are buried. It would seem an odd gesture to make before visiting the country that suffered so much in the Second Sino-Japanese War (1937-45), but as Abe will have to make commercial concessions in order to advance economic ties with China, he may have felt it necessary to send a placatory message to his nationalist constituents at home. The Chinese media response was measured, noting that the offering was offensive to all Asian nations that had suffered at the hands of Imperial Japan in World War II, but also that Abe had not visited the Yasukuni Shrine since 2013. In the past, the state media in China would have had a more-extreme reaction. There are now higher stakes for all concerned.

As the political tectonic plates of the world grind ever louder, shaking democracies and authoritarian regimes alike, China has remained relatively steady, with only the occasional outburst of frustration and pique. Its regional strategic repositioning and the recent assertive nature of its diplomatic rhetoric may give the appearance of an active, even acerbic, nation, but this does not reflect China’s innate culture. Despite China’s adventurous, tenacious businesses, the country is again displaying the depth of its patience and restraint.