By Charlotte Yang and Timmy Shen 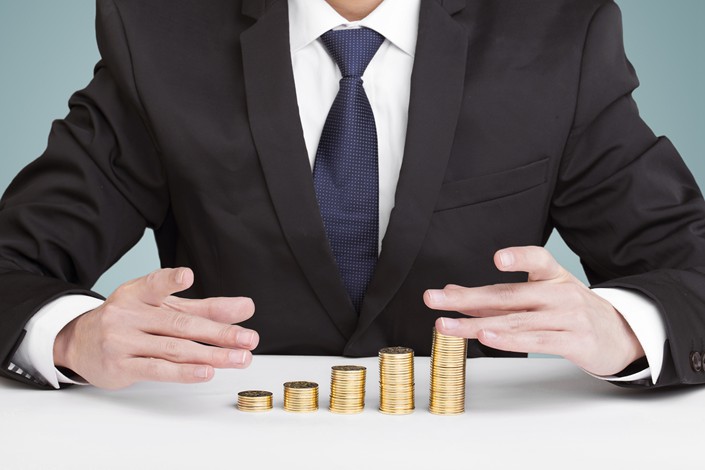 Industrial and Commercial Bank of China Ltd. (ICBC), the country’s biggest lender by assets, reported its third-quarter net profit rose 5.6% year-on-year to 79.2 billion yuan ($11.4 billion), faster than the 4.9% increase in the first half of the year. The bank, which is listed in Shanghai and Hong Kong, released its earnings report on Oct. 30, the last of the big four banks to do so.

Investors were expecting a decent performance from the banks, and although their shares have fallen slightly over the past month amid the general stock market rout, they have outperformed. The benchmark Shanghai Composite Index dropped 7.7% in October. In contrast, BOC’s A-shares were flat, ABC dipped by around 0.5%, CCB fell about 1.2% and ICBC lost 2.4%.

The banks managed to keep the ratio of nonperforming loans (NPLs) to total outstanding loans steady even though the total value of bad loans rose. That’s because higher lending along with increased write-offs and disposals kept them in check.

Regulators have stepped up efforts to rein in the risks associated with banks’ lending practices. It’s forced them to bring off-balance sheet loans back onto their books and comply with new reporting standards on the classification of assets and accounting for impairments in their value.

That has forced banks to increase provisions for losses on loans, which has held back profit growth. ABC reported a 40% year-on-year surge in impairment charges in the third quarter, while CCB saw a 24.1% jump. BOC’s charges rose 18.2%, while ICBC had the lowest increase at 12.2%.

The big banks’ bottom lines continued to benefit from a steady or rising net interest margin (NIM), a key profitability metric that measures the difference between a bank’s income from lending and its funding costs.