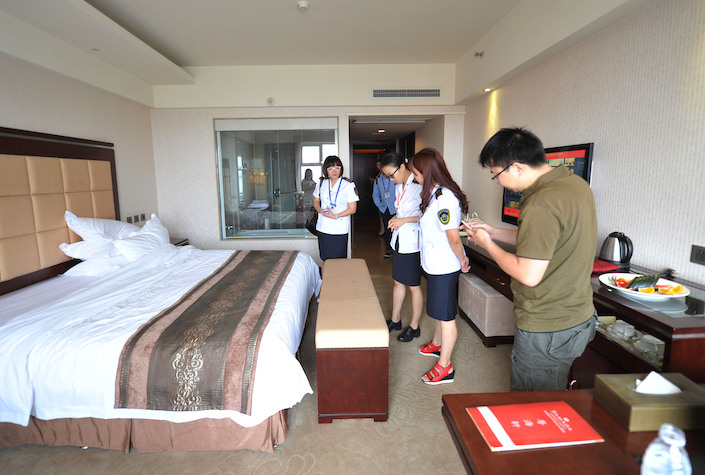 There’s nothing like a hot shower in a luxury hotel after a long day in a new city. But you may not want to use the towels.

Video taken by a blogger's hidden camera during his stay in 14 five-star hotels in major Chinese cities discovered that room attendants used bath towels to clean toilets, cups, and even the floors — in suites that cost into the hundreds of dollars.

The video, posted Wednesday by blogger "Huazong" on his Weibo account, has been reposted more than 75,000 times. The hotels included ones run by Marriott, Hilton, Shangri-La and Four Seasons. Half of them were in Shanghai.

Tourism and sanitation officials in Shanghai have started an investigation. One of the hotels, a Ritz-Carlton in Shanghai's Pudong area, said it has opened an investigation as well. Another, in Beijing, under the Hyatt brand, said it didn't have such a “low-level" problem. Other hotels either said they were not sure about the situation, or didn't respond to Caixin’s requests for comment.

This isn’t the first expose to have Chinese questioning the cleanliness of their hotel rooms. Last year, workers in several top hotels were found to be using the same brushes to clean water glasses and toilets, and another investigation found that hotels were not changing their bed sheets.