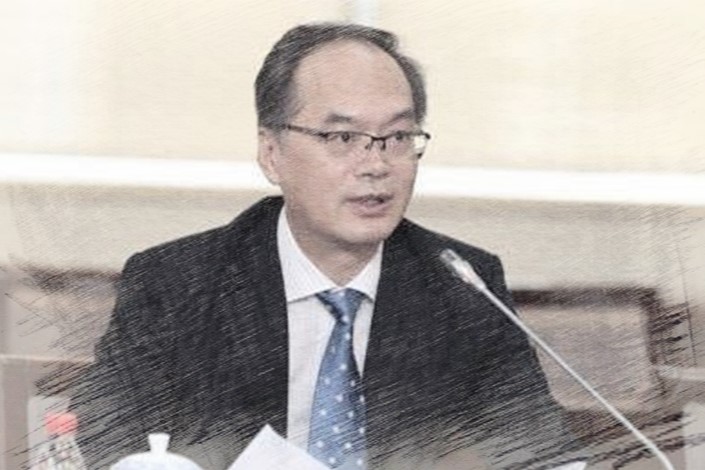 Ant Financial Services Group has a new president — Hu Xiaoming (胡晓明), who fills a position that’s been vacant for two years. Hu takes over the job at the Alibaba Group Holding Ltd. affiliate after three years leading its cloud computing unit. The position had been vacant since Jing Xiandong (井贤栋), also known as Eric Jing, became CEO in October 2016.

Hu joined Alibaba in 2005, and before getting into tech worked for more than 10 years in finance, including at China Construction Bank, one of the “big four” state-owned banks. Hu’s promotion comes amid expectations that the gargantuan Ant will soon be labelled “too big to fail”— so regulators may soon start cracking the whip.

In other Alibaba news this week, it was revealed that founder Jack Ma (马云) is a member of the Communist Party.

Another power move: Wen Shugang (温枢刚) has been promoted to be China Huadian Corp.’s chair and Communist Party secretary, as Zhao Jianguo (赵建国) is retiring. Huadian is one of China’s “big five” power companies. China’s energy sector has seen a series of moves at the top in recent weeks, due both to retirement and corruption scandals.

There’s been a flurry of moves and confirmations this past week outside the central government:

● Lin Keqing (林克庆) and Zhang Jiaming (张家明) have been appointed deputy mayors of Beijing. Lin will be feeling some deja vu — he’s held this post before, in 2013.

● Guo Ningning (郭宁宁) has been named vice governor of Fujian province, the wealthy coastal region in China’s southeast where President Xi Jinping climbed through the political ranks. Guo was the first female vice president of Agricultural Bank of China Ltd., and spent most of her career at Bank of China. Several big banks’ and regulators’ senior managers have headed out to the provinces this year to help them beef up their financial regulation.

● One of the poorest and driest areas of the country, northwest China’s Gansu province, has a new vice governor: Zhou Xuewen (周学文), who was previously a vice minister at the Ministry of Water Resources. His experience may well come in handy — Gansu saw particularly severe water shortages in 2016, and accelerating glacial retreat in the area is also causing natural disasters, according to Greenpeace.

The former vice governor of southwest China’s Guizhou Province, Pu Bo (蒲波), has been arrested on suspicion of taking bribes, the Supreme People’s Procuratorate announced Wednesday. Pu was expelled from the Communist Party and dismissed from public office earlier this month.

Pu joined the Party in 1990 and began serving as Guizhou’s vice governor in January of this year.