Chinese Audiences Less Than Crazy About Rom-Com Rich in Asians 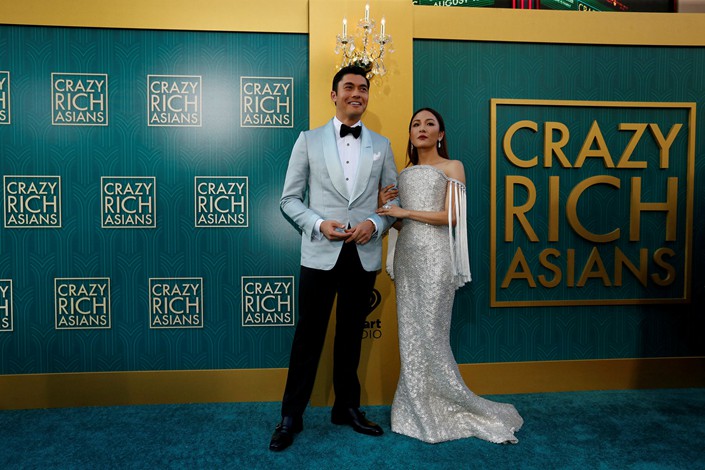 The rom-com raked in 8 million yuan ($1.1 million) in its first three days through Sunday, according to data from Chinese box office tracker Maoyan. The Gibson film, “Blood Father,” took 11.3 million yuan in receipts.

Venom brought in 223 million yuan when it premiered in China on Nov. 9, with the box office currently standing at 1.8 billion yuan. First-day takings for “Crazy Rich Asians” were a withering 2.9 million yuan.

Chinese critics had earlier cast doubt over whether the rom-com’s depiction of the immense wealth of a group of ethnic Chinese would sit well with Chinese regulators that promote “core socialist values” and only let 34 foreign films into the market each year. It surprised many when it breezed through the vetting process for a Friday Nov. 30 release.

“Chinese Asians are still being stereotyped in the movie,” said Du Ran, a translator who watched “Crazy Rich Asians” over the weekend. “But we shouldn’t demand much from comedies — the movie after all is still a quality, entertaining flick.”

There is no reason “to demand a representation of the intricacies of all Asian cultures in a single movie,” commented a user on Douban, a movie-review site similar to Maoyan. “It’s inspiring to see strong female leads… we should show support for more Asian-centric stories (from Hollywood).”

“Crazy Rich Asians” has been hailed as a milestone for Hollywood at a time when it is under fire for a lack of diversity in its productions. “The Joy Luck Club,” released 25 years ago, was the last major Hollywood film with an all-Asian ensemble cast.

Adapted from a bestselling novel by New York-based Singaporean author Kevin Kwan, “Crazy Rich Asians” is the story of an Asian-American professor who only discovers her Singapore-born boyfriend’s incredible wealth after joining him for a wedding in his home country.

The Warner Bros. production netted $228 million at the worldwide box office, after being released in North America on Aug. 15 and later the same month in parts of Asia. It scored an impressive 92 on film review aggregator Rotten Tomatoes.

Lead actress Constance Wu even featured on the August cover of Time magazine, with a headline reading: “Crazy Rich Asians Is Going to Change Hollywood.”

Despite the brouhaha, Chinese observers have long been skeptical if it would sweep viewers here off their feet. Domestic productions already mostly feature ethnic Chinese stars, and local audiences have grown tired of plots about “rich boys chasing everyday girls,” they say.