State-Owned Steelmaker to Develop $4.4 Billion Complex in the Philippines 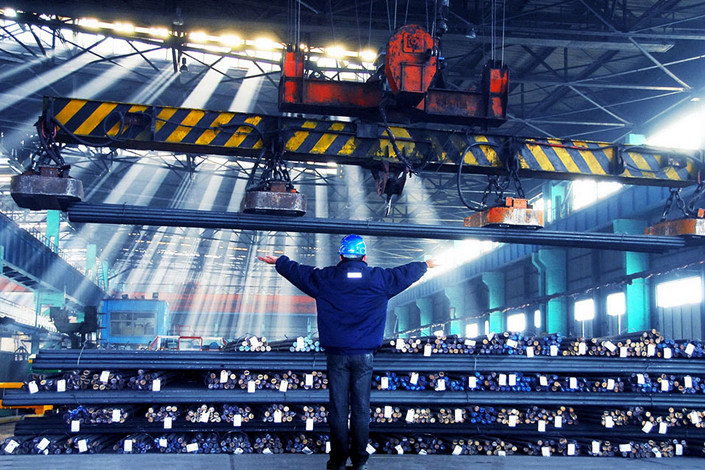 The state-owned HBIS Group Co. Ltd. signed a memorandum of understanding to develop the $4.4 billion plant in Mindanao, the main island in the country’s south. China’s largest single investment in the country to date, the integrated steel complex will be capable of processing iron ore into various steel products and producing up to 8 million metric tons (8.8 million U.S. tons) of steel annually once completed, according to an announcement by the Philippines Department of Trade and Industry.

“This project is very important to our industrial development and will allow us to pursue President (Rodrigo) Duterte’s vision of having a globally competitive integrated iron and steel industry, to support the growing economy, to alleviate poverty, and to create jobs,” Trade and Industry Secretary Ramon Lopez said.

It follows Chinese President Xi Jinping’s state visit to Manila last month, the first such visit by a Chinese leader in 13 years, which saw 29 memorandums signed, covering areas such as infrastructure development and cooperation, although details remained vague.

Tensions between the countries had mounted for several years due to a dispute over ownership of large swaths of territory in the South China Sea, with the Permanent Court of Arbitration fully backing the Philippines’ claims in a ruling in July 2016.

However, rather than press the point, the then-recently inaugurated Duterte said he would instead work with China to jointly develop the 4 trillion cubic feet of untapped gas reserves that the U.S. Energy Information Administration estimates lies within Philippine territory. Many opposition politicians in Manila remain concerned that Duterte may have reached an as-yet undisclosed deal with Beijing to explore the reserves.

The Philippines’ iron and steel imports grew by 39.4% year-on-year between January and October this year as the government pursues its major “Build, build, build” infrastructure drive, and so China’s investment in the sector has been warmly welcomed by the government.

While China’s domestic steel production is expected to reach a new peak at 886 million metric tons this year, a government drive to encourage higher environmental standards is leading to producers seeking opportunities abroad, with Southeast Asia a major market for development.