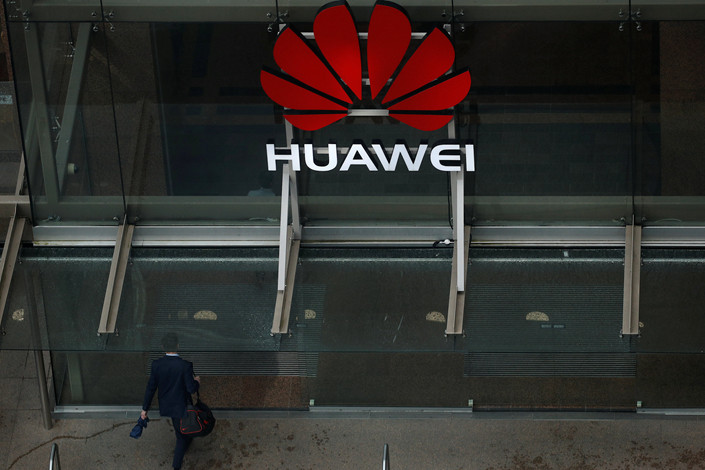 There is an African proverb that states, “When elephants fight, it is the grass that suffers.” Small nations will suffer considerable economic losses if they take firm sides with either the United States or China in the current trade war.

In late November, New Zealand’s Government Communications Security Bureau (GCSB) announced that it would not allow Chinese multinational technology company Huawei Technologies Co. Ltd. to participate in the establishment of a domestic 5G wireless network. The GCSB gave few details other than concerns about “significant network security risks.” Despite the denial of New Zealand politicians, it is likely that the decision was made under pressure from Washington and Canberra, and it has done damage to a relationship of 40 years in which China had respected and trusted New Zealand uniquely among Western countries for its relatively independent foreign policy. As it is to over 40 other countries, China is New Zealand’s largest trading partner and crucial to its prosperity.

New Zealand was the first to nominate China for entry into the World Trade Organization, to recognize China as a market-forces economy, and to acknowledge that China had kept the terms of the Hong Kong handover agreement by recognizing the new Hong Kong government in 1997. It was also the first Western country to sign a free trade agreement with China, in 2008, and to join the China-led Asia Infrastructure Investment Bank. Each time New Zealand made these choices, it resisted considerable pressure from the United States, Britain and Australia, where many wish to contain China. New Zealand risks diminishing the respect and trust it has built with China if it participates in its traditional allies’ containment efforts.

The trade war between the United States and China will have more casualties, as other countries believe, mistakenly, that they must choose sides. Small nations of modest political influence should also not imagine that they can “walk middle lines.” Small nations can only stay true to their own principles and defend the global standards of human rights, international law, and agreed commercial practices, striving to avoid coercion as much as possible from Washington and Beijing.

The U.S.-ordered arrest of Huawei Chief Financial Officer (CFO) Meng Wanzhou as she transited through Vancouver International Airport was not about enforcing American sanctions against Iran. American and international companies, such as JPMorgan Chase, have breached sanctions, but no other executives have been arrested and threatened with extradition. The arrest demonstrates how supporting members of the Five Eyes intelligence network — which share Anglo-Saxon origins and a sense of cultural and moral superiority — can be easily coerced by the United States, which aims to contain China’s technological rise. Earlier in the year, Canada, Britain and Australia bowed to Washington and blocked Huawei from developing 5G in their countries. The supporting members should reassess the value of belonging to Five Eyes at all.

The United States has often been motivated by great ideals, but this administration has chosen realpolitik over shared standards and norms in an effort to preserve the U.S.’ waning economic power. This is an expression of its internal weakness. A confident superpower can manage its self-interest within a rules-based global system. An insecure superpower cannot.

Taking hostages in the present trade dispute may well force a crisis that will solve little and divide the world further. The arrest of Huawei’s CFO was an audacious and dangerous act, and it has now elicited a response from China, which has detained two Canadian citizens for national security reasons. Rather than simple retaliation, China’s move was largely for domestic consumption, as there is widespread public outrage over Meng’s arrest.

Meng’s lawyers will probably lodge a series of appeals that could take months or even years to be heard, giving some time for the situation to be de-escalated. The U.S. might drop the charges, or Canadian judges may reject the extradition request if they can find legal grounds to do so. But the mutually beneficial partnership of the last 30 years between China and the United States is reversing into a relationship of fruitless acrimony. This is unlikely to change, even under a new administration in Washington.

China is not blameless in the present trade conflict with the United States. It has been slow to improve its adherence to international intellectual property laws and business standards, and to allow access to some of its markets for foreign companies. It has also been perhaps too assertive in defining its growing economic prowess. China cannot satisfy American demands to resolve the trade imbalance easily, but it can earn the respect of its trading partners by continuing to open and reform its economy. China should make its own markets an example of the positive globalization it now champions while being heedful of international forums such as the World Trade Organization. Millions have been lifted out of absolute poverty across the developing world through the forces of globalization, but rampant inequality has been left unchecked. China must strive for common wealth, not just in combating inequality at home, but for its trading partners. China could also accelerate reforms to its judicial system, allow more transparency in its governance of and interaction with businesses, and bolster consumers’ rights.

Westerners tend to think that Chinese people have mortgaged their individual freedoms to an authoritarian leadership for a measure of economic prosperity. There has been no transaction of this kind. In the early years of economic reform, the country was virtually insolvent, with a population of uniformly poor people, albeit mostly well-educated and healthy. The people had neither power nor significant liberty to trade with their government for economic gain, and the government could do little more than keep the economy from slipping into crisis and bankruptcy.

The Chinese people strove with entrepreneurial vigor and an uncommon appetite for risk, forcing their often-conservative leadership to adapt to a burgeoning free market. Relative to those straitened beginnings, the people are becoming richer and freer each year. Despite the flux of social restriction and liberalization, educated Chinese continue to discuss politics and social issues frequently, and critique what they do not approve of.

China is not the West’s enemy. It is not becoming Western in its institutions and culture, but its people are driven by similar motives and aspire many of the same things that people do in Western countries. Governments need to stop couching their reasons for criticizing China and thwarting Chinese economic aims in terms reminiscent of the Cold War struggle between capitalism and communism. It is also unhelpful for politicians and a few anti-Chinese professors to feed uncorroborated McCarthyite conspiracies about Chinese spy networks in their countries, in the process targeting Chinese immigrants and any journalist or Sinologist who does not share this view. This racism thinly masked by academia is occurring in Australasia, among other places.

The Chinese government possesses great power and is generally supported at home. It can hasten the country’s fulfillment of its potential, toward more openness and equality. The government will do this eventually anyway because its people demand it and the long-term balance of its economy depends upon it. China can end this trade war, not by countering each American tactic, but through the manner in which it changes itself.