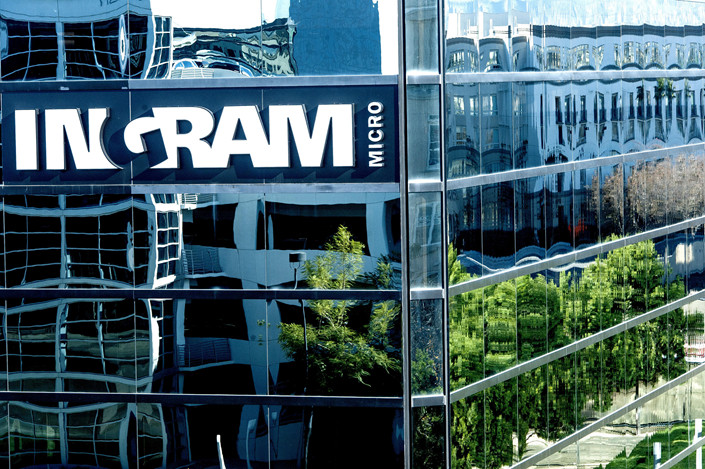 * HNA Group Co. Ltd. had offloaded at least 120 billion yuan ($17.38 billion) of international and local assets this year as of mid-November

(Beijing) — A unit of HNA Group Co. Ltd. is in preliminary talks to dispose of U.S. computer-parts distributor Ingram Micro Inc., one of its major acquisitions during the Chinese conglomerate’s years-long $50 billion international buying spree.

“After taking into consideration of the changes of market conditions and company strategies, we are exploring the possibility of selling Ingram Micro,” HNA Technology Co. Ltd. said in a filing (link in Chinese) to the Shanghai Stock Exchange on Tuesday. “The discussions are still in the preliminary stage. … No deals have been reached.”

Ingram Micro buys high-tech components from others and acts as a distributor and provider of supply-chain management services. It has been active in the Chinese market since 1999.

Hainan-province-based HNA was once one of China’s biggest overseas deal-makers, having snapped up assets in aviation, tourism, real estate and other sectors. But its global ambitions ran into trouble in 2017, when Chinese regulators scrutinized companies’ debt-fueled investments.

HNA has since stepped up a massive sell-off of assets to reduce its debt burden and shift focus back to its core aviation business. It recently shook up its management in an attempt to bolster business and win back investor confidence, after co-founder and co-Chairman Wang Jian died in an accident in France in July.

HNA Technology, which acquired Ingram Micro in 2016 for $6 billion, has been in talks to sell the tech unit to U.S. private equity firm Apollo Global Management LLC, The Wall Street Journal reported Friday. HNA aimed to sell Ingram Micro for $7.5 billion, including $1.5 billion in debt, the report said.

As of September, HNA Technology still had $3.6 billion of debt outstanding from the Ingram Micro deal, of which $350 million was due by the end of this year, the report added.

Reports that HNA was seeking to get rid of Ingram Micro emerged as early as January, which HNA denied at the time. Reuters reported in May that several Chinese groups, including the state-backed China Huarong Asset Management Co. Ltd., had been in talks to buy the tech unit. But bad-asset manager Huarong ended the discussions over concerns that it would not pass U.S. regulatory approvals.

According to Caixin calculations (link in Chinese), HNA Group offloaded at least 120 billion yuan ($17.38 billion) of international and local assets this year as of mid-November. The disposals included U.S. travel giant Hilton Worldwide Holdings Inc., Spain’s NH Hotel Group SA, and Irish aircraft leaser Avolon Holdings Ltd. The amount didn’t include the November sale of the U.S.’ Radisson Hotel Group, as the financial terms of that deal were not disclosed.