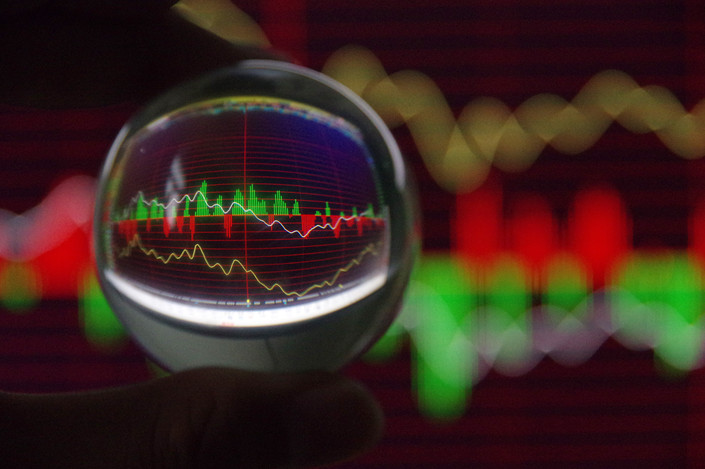 Market watchers say the biggest stock exchange risk factors to watch in 2019 will be market volatility and the potential for flare-ups in global conflicts, most notably in the tense trade relationship between the U.S. and China. Photo: VCG

Offshore listings by Chinese firms surged to record highs in 2018, fueled by strong demand from global investors chasing some of China’s hottest names, especially in the technology sector. That listing wave is expected to continue into 2019, but could quickly peter out if recent bearish sentiment becomes the norm, observers said.

Initial public offerings (IPOs) by Chinese firms this year were worth a record $45.6 billion in Hong Kong and New York, the two main locations for offshore listings by Chinese companies, according to a UBS report compiled from Dealogic data through Dec. 14. The figure was more than double $19.2 billion raised in the two cities last year, and also sharply higher than the $26 billion in 2016.

Observers attributed the strong performance to a number of factors, led by the confluence of positive sentiment with a number of very large deals that came to market. A Hong Kong rule change that allowed young money-losing companies from the hot biotech sector also contributed to the jump. The trend was also helped by bearish sentiment on Chinese mainland markets, where IPO volume dipped to just $20.7 billion in 2018, down by more than a third from the previous year.

“If you look at the drivers of the significant increase of volume, one is we have several large deals, especially in the technology, media and telecoms (TMT) sector,” said Huang Peihao, head of cash equity capital markets at UBS. “In terms of sector breakdown TMT counts for by far the largest.”

Among this year’s new listings, the TMT sector accounted for 58% in Hong Kong and an even higher 68% in New York. The year’s top three listings all came from the TMT sector in Hong Kong, led by the $7.5 billion listing by cellular tower operator China Tower Corp. Ltd. in August. That was followed by a $5.4 billion listing for smartphone-maker Xiaomi Corp., and a $4.2 billion IPO by online-to-offline services provider Meituan Dianping.

In the U.S., the top listing came from online video services provider iQiyi Inc., which raised $2.4 billion from its March listing.

Notably, three of those four listings now trade well below their IPO prices, with the relatively defensive and state-owned China Tower the only one still in positive territory. That reflects a gradual weakening of sentiment throughout the year, which has also seen many of China’s top listed technology companies post sharp declines since June over concerns about the country’s slowing economy.

“There are several factors that have affected the after-market performance of those companies,” said UBS’s Huang. “First is market sentiment, which has turned quite negative in the second half of this year with increasing trade tensions. In general risk appetite has been much worse than the first half. … Now stock pickers tend to be more defensive, rather than pro-growth. That affects after-market performance.”

Observers who follow the market said the pipeline of new listings remains strong, and most were expecting a relatively active period during the first three months of 2019, traditionally a slow period for such IPO activity. They added that many companies still waiting to list are more modest in size and some are money-losing, as many of the more mature and most attractive names have already listed.

“So far what we are seeing is a lot of the IPOs are on the smaller side, a big pipeline of companies trying to get out before the first half of 2019,” said Roger Hu, managing director at Christensen, an investor relations firm whose roster includes many New York-listed Chinese companies.

Companies that have already filed for offshore IPOs include financial technology (fintech) company Futu Securities International, which made recent confidential filings for a New York IPO to raise up to $500 million, Reuters reported last week. Another big deal could come from e-commerce company Yunji, according to a market participant who follows such deals.

Market watchers say the biggest factors to watch will be market volatility and the potential for flare-ups in global conflicts, most notably in the tense trade relationship between the U.S. and China. Washington and Beijing have imposed protectionist tariffs on each other, but recently called a truce in their war while they try to reach a broader trade agreement. But the war could resume, including additional tariffs, if they fail to reach such an agreement by a March deadline.

The tensions and other factors have put U.S. stock exchanges on track to post one of their worst months in recent memory for December. The tech-heavy Nasdaq Composite was down more than 15% for the month through the Christmas holiday, while the broader S&P 500 was down by nearly 15%. The declines pushed U.S. markets into bear territory, joining China, which has been in bear territory since June.

“Unless the U.S.-China trade conflicts can be resolved soon, this will have a negative impact on IPO activity,” said David Holland, head of Asia Pacific capital markets at Baker McKenzie in a recent report. “In part, this is because the trade wars may negatively affect the business prospects and valuations of IPO candidates, but this is also because the trade wars are having a negative impact on stock markets overall, which is causing some IPOs to be delayed, or to occur at lower valuations.”

A growing sense of urgency is leading some companies to move ahead with their offerings sooner rather than later, said Christensen’s Hu. “I have that sense that people are really trying to list before more uncertainty arises,” he said. “The first half of 2019 seems to be a window that lots of people are trying to get out before.”