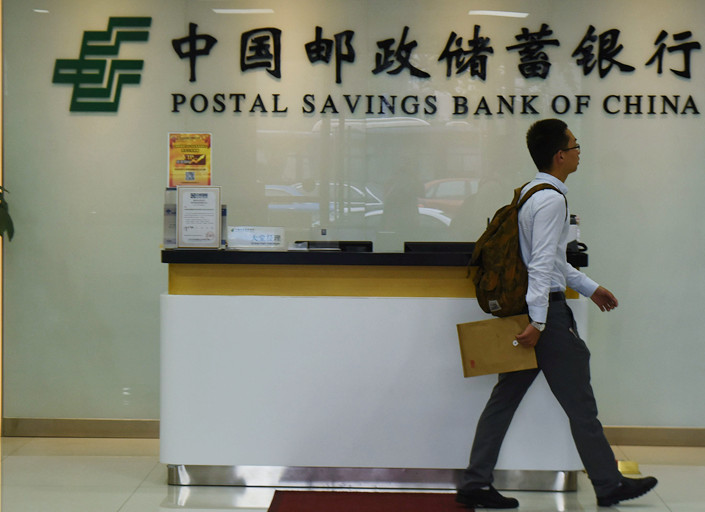 A branch of Postal Savings Bank of China is seen in Hangzhou, Zhejiang province. Photo: VCG

At the very start of 2019, Lü Jiajin, former acting chairman and president of Postal Savings Bank of China Co. Ltd., was appointed a vice president of Bank of Communications, vacating his positions at Postal Savings Bank. The high-level personnel change at the bank, which also affected China Postal Group Corp., its holding company, has been the talk of the industry.

Whoever fills Lü’s old positions at the bank will take on the responsibilities of perfecting the bank’s management and its system for controlling risks. Although the bank completed restructuring and an initial public offering (IPO) in December 2016, it remains under great pressure to deepen reforms, better manage risks and build up its asset management capabilities, which are critical at present. China Postal Group also faces pressure to advance the reforms.

High-level personnel arrangements are crucial to a company’s decision-making process, and they need to be reasonable and compliant, and to reflect professionalism.

Let’s start with compliance. Postal Savings Bank is China’s fifth-largest state-owned commercial bank. It holds 9 trillion yuan ($1.3 trillion) in assets. According to regulations, only a qualified person with experience in the financial industry can get approval from the regulators to serve as chairman of a major state-owned bank. Li Guohua, chairman of the bank before Lü, was exempted from such requirements because the bank was preparing for the IPO during his tenure. (Editor’s note: Li was chairman of the bank from 2012 to 2018.)

Now, policymakers want to bring in talent for the bank and its parent to advance their professional development. They also want the parent company to be more open-minded about hiring people from outside. Policymakers specifically chose a financial executive as China Postal Group’s deputy Communist Party secretary and general manager in an attempt to add more professional experience to the two institutions. (Editor’s note: The executive was Zhang Jinliang, former president of Everbright Bank Co. Ltd. He was appointed general manager of China Postal Group in August.)

Reforming the postal system has resulted in painful lessons in the past. In 2015, China Postal Express & Logistics Co. Ltd. gave up on its IPO at last minute after years of preparation, missing a perfect chance at reform. The postal system is an essential part of any country’s infrastructure. When deciding which part of the postal system should move toward marketization, and which part should not, it’s important to make the decision based on a more professional and market-oriented mindset, and to take into account the welfare of the country and society as a whole. It’s also needed to figure out how marketization and non-marketization can supplement each other, and be developed at the same time. This is the reason why policymakers decided to recruit outside experts to help run Postal Savings Bank and its parent.

From the perspective of rationality, if the president of the bank also serves as general manager of its parent, he or she will be simultaneously responsible for the management and operations of the two institutions. This is like asking one person to simultaneously serve as president of delivery company SF and president of China Merchants Bank. The two positions benefit from almost no synergy, not to mention the fact that it is nearly impossible to have enough time to manage both.

From the perspective of professionalization, Postal Savings Bank’s IPO and reconstruction are hard-won victories for reform and should be cherished and strengthened. As a major financial institution, the bank needs to be led by professional personnel to improve its asset and risk-management abilities that match the amount of assets it holds. The frequently occurring mistakes at the bank in recent years has reminded people that it is still far from perfect in terms of its professionalization and financial risk management.

Postal Savings Bank is significant to China Postal Group because much of the group’s revenue and profit comes from the bank’s over 70 billion yuan worth of service fees and dividends. The bank should run its business as a modern company does, and relatively separate itself from its parent in terms of strategic planning, personnel arrangements and operations. Maximizing returns for the bank’s shareholders, including its parent company, requires professionals doing things in a professional way.