Opinion: China Must Reform How It Supervises Auditors 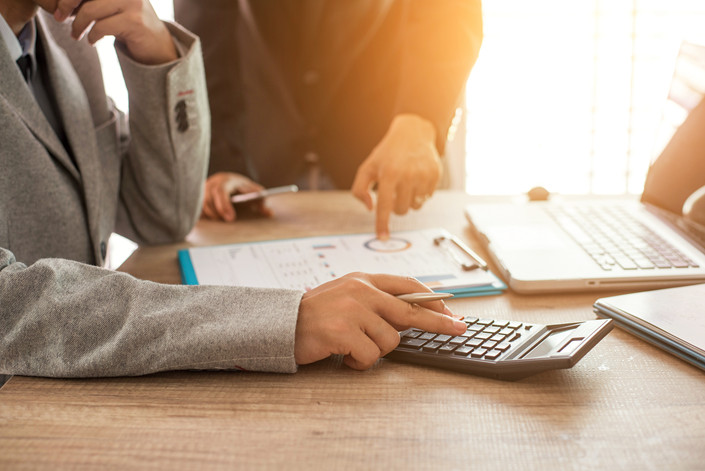 On Dec. 7, the U.S. Securities and Exchange Commission (SEC) and the Public Company Accounting Oversight Board (PCAOB) issued a joint statement on supervising the auditors of American-listed Chinese companies. According to the statement, as of September, the PCAOB has run into obstacles inspecting the work of the auditors hired by 224 U.S.-listed companies, primarily from the Chinese mainland, Hong Kong and Belgium.

The Chinese companies involved include internet giants Baidu Inc. and Alibaba Group Holding Ltd., as well as state-owned enterprises such as China Mobile Ltd., which are listed in the U.S. via American depositary receipts.

If these companies were delisted because their auditors were deregistered — effectively losing their licenses to audit U.S.-listed firms — then the impact on the American and Chinese would be akin to a “nuclear explosion.” It’s worth paying close attention to whether this joint statement will add new uncertainties to existing China-U.S. trade tensions or lead to new disputes.

What the PCAOB regulates

The issue of cross-border audit regulation originated with the Sarbanes-Oxley Act of 2002, formerly known as the Public Company Accounting Reform and Investor Protection Act. The act was a response to the collapse of Enron, the energy company involved in a now infamous accounting scandal. Among the casualties of the case was Arthur Andersen, which at time was one of the world’s largest accounting firms. It went bankrupt. In the face of public criticism and market upheaval, the U.S. quickly passed the Sarbanes-Oxley Act, which was committed to tightening supervision over listed companies’ accounting information.

After the act was enacted, the PCAOB was established. According to the law, the PCAOB primarily supervises the certified public accountant (CPA) industry through measures including registration, regular inspections, the formulation of standards and rules, as well as enforcement actions such as fines, business suspensions and deregistration.

The PCAOB became the world’s first CPA regulator independent from the industry, fundamentally changing the audit supervision model in the U.S. In the wake of Sarbanes-Oxley, other countries and regions, including France, Japan, the U.K., Germany and Hong Kong, also established independent regulatory agencies to supervise the CPA industry.

As multiple countries set up independent audit regulators, the need for international cooperation emerged. The audit regulations from major capital markets initiated the International Forum of Independent Audit Regulators (IFIAR) in Paris, which has since transformed itself into an organization similar to the international banking regulator Basel Committee on Banking Supervision.

However, China hasn’t set up a separate regulatory institution to supervise the auditors of listed companies. The Ministry of Finance and the China Securities Regulatory Commission (CSRC) both supervise auditors, yet are not members of the IFIAR.

Much of the impact of the PCAOB on the international market comes from cross-border inspections. A large number of America’s listed companies are registered outside the U.S., and so are their auditors. Under Sarbanes-Oxley, non-U.S. accounting firms must register with the PCAOB and abide by its guidelines if they want to issue audit reports for U.S.-listed firms. The auditors also need to accept regular inspections by the PCAOB. Any auditor who fails to meet such requirements could lose its license, and its U.S.-listed clients would need to hire a new auditor or risk getting booted off the exchange.

Consequently, the PCAOB’s inspection power transcends borders. It can enter other countries to inspect local auditors. In the end, the PCAOB was able to enter most major capital markets, including those in France, Germany and Japan, with cooperation agreements that allowed it to jointly deploy inspectors with local regulators.

In addition to inspections, the PCAOB has the power to carry out enforcement actions on all registered auditors regardless of where they’re from. From 2016 to 2017, the PCAOB revoked the licenses of several Hong Kong accounting firms, including Crowe (HK) CPA Ltd., leaving them unable to audit U.S.-listed companies.

The PCAOB, the SEC and China

In their statement, the PCAOB and the SEC point out a longstanding problem that has existed for almost a decade.

After the rise of the internet economy in the 1990s, a large number of Chinese companies chose to list in the U.S. via a corporate structure known as a variable interest entity. Their operating entities were located in China, and the audit work was carried out by accounting firms on the mainland or their Hong Kong joint ventures. The working documents for the audit were stored in China.

After the PCAOB was established, accounting firms in China had to register with it in order to audit U.S.-listed firms. According to its initial inspection schedule, the PCAOB planned to complete onsite inspections of Chinese auditors before the end of 2009.

However, in October 2009, the CSRC, the National Administration of State Secrets Protection, and the National Archives Administration issued a notice (link in Chinese) clearly stipulating restrictions for overseas regulators. They said that if an overseas regulator plans to conduct onsite inspections of Chinese companies, it should first report to the CSRC and other related authorities for approval. These restrictions prompted China and the U.S. to begin negotiating a way to carry out auditor inspections in China.

Since 2010, Muddy Waters Research and fellow investment firms that specialize in short-selling published a number of investigative reports on financial fraud by U.S.-listed Chinese firms. Thus, it became more urgent for the PCAOB and the SEC to conduct inspections and undertake investigations. China and the U.S. later incorporated these outstanding issues into broader strategic and economic talks to prevent the dispute from rattling markets.

In 2011, officials from the two sides decided to each send observers to watch the other side’s inspections of accounting firms.

Since then, the two countries have been trying to negotiate their way to a solution. There have been several twists and turns. The SEC has issued subpoenas to four major Chinese accounting firms as well as BDO China Shu Lun Pan Certified Public Accountants LLP, requesting them to submit their audit working papers. The PCAOB also said if it could not inspect Chinese auditors, the listed Chinese firms who recruited them would face the risk of a forced delisting.

The climax of the cooperation between the two countries came in October 2012. The PCAOB sent a team to observe the spot inspections that the CSRC carried out on four major Chinese accounting firms.

In May 2013, the CSRC, the Ministry of Finance and the PCAOB signed a memorandum to carry out cross-border law enforcement between China and the U.S. In January 2014, the Chinese authorities said that they had provided audit reports on four Chinese companies to overseas regulators, including the SEC and the PCAOB.

The SEC’s administrative court fined the four major Chinese accounting firms and BDO $500,000 each. The PCAOB, however, did not revoke the license of any of the auditors.

Although the two countries have made progress cooperating on audit supervision, there remains a key problem. The PCAOB still demands entry into China to conduct either joint or independent inspections. The Chinese side, however, insists that PCAOB relies entirely on Chinese officials to handle the inspections.

Solutions to the dispute

Since U.S. President Donald Trump came to power, China-U.S. relations have changed significantly. The trade frictions may be partially responsible for the U.S. regulators’ statement, yet it is impossible to solve the audit supervision dispute through trade negotiations. The following are some possible solutions.

First, both sides need to figure out a model for regulatory cooperation. Because U.S.-listed Chinese companies are often offshore companies and are audited under the PCAOB-issued and international audit guidelines, Chinese authorities don’t have the wherewithal to inspect the audits. Therefore, the interdependence plan proposed by the Chinese side has a blind spot in its regulatory coverage.

The PCAOB’s requests to conduct onsite inspections in China run counter to the country’s confidentiality policies and its sovereignty. However, in the wake of the ZTE incident, China has gotten to know international rules and the U.S.’ law enforcement system much better, and may be more accepting of international practices.

China can learn from the cooperation models that France, Germany and Japan have each set up with the U.S., and build a joint inspection mechanism led by China to effectively safeguard the interests of investors and the two countries.

Second, Chinese authorities can further reform how it supervises auditors. While multiple countries have set up independent regulators to do so, the CSRC, the Ministry of Finance and the Chinese Institute of Certified Public Accountants continue to handle audit supervision in China. This decentralized regulatory system might be responsible for the worrying quality of auditing.

In contrast, the PCAOB has built an effective system for registration, inspection, rule-making and enforcement. Since it was established, there has not been another Enron.

To truly improve the quality of Chinese audits, it might come in handy to examine the PCAOB’s experience to see how to integrate the current decentralized functions of Chinese regulators and advance reform of China’s audit supervision system. This is a matter that needs to be dealt with in a timely manner.

Last, China should build a better-constructed capital market. Currently, many Chinese firms choose to list in the U.S. due to its better financing capacity and resource allocation efficiency. To make China’s capital market more appealing, it’s important for authorities to push ahead on reforms and correctly understand and adopt the registration-based initial public offering system.

In addition, the law must specify measures to ensure that laws get enforced. The Chinese market relies more on regulatory approval, while the U.S. market relies primarily on law enforcement and civil liability, and helps protect investor rights with the help of the courts.

Deng Huanle works in the investment industry, and used to work for the Asset Management Association of China, an industry group.