By Liang Yinyan and Han Wei 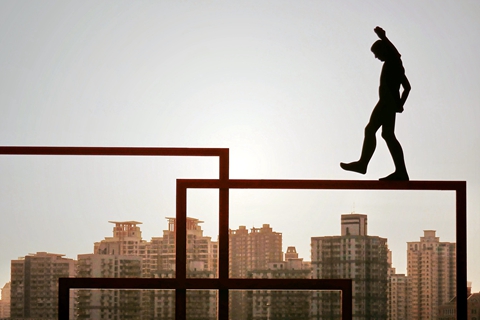 Issuance of securities backed by residential mortgage surged more than 200% in 2018. Photo: VCG

RMBS are gaining popularity amid rising borrowing demands from homebuyers as well as banks’ desire to beef up their capital adequacy. Once home mortgages are packaged into securities, the banks can sell them off to outside investors.

Despite lower default concerns of RMBS products, the CCDC in the Wednesday report warned that rising household leverage ratio and potential price fluctuation in the housing market are likely to pose extra risks to investors.

The report suggests the creation of a government agency specializing in acquisition and restructuring of mortgage loans to support the RMBS market and improve the asset valuation and registration system for the products. The government should also unify regulation and improve market infrastructure to benefit the overall ABS market, the report said.

Debt-backed ABS were 49% of the country’s outstanding ABS, following a larger share of securities backed by business assets, according to CCDC.

RMBS have been embraced by investors as a low-risk investment option. According to CCDC, the overall default rate of RMBS by the end of 2018 was less than 1%.

China first introduced an RMBS pilot program in 2005. The trial was disrupted in 2008 during the global financial crisis, which was set off in part by rising defaults on subprime mortgages in the U.S. that had been packaged into securities and given higher ratings than the underlying debt obligations. China’s central bank restarted its program four years later, and RMBS issuances have gradually taken off since.