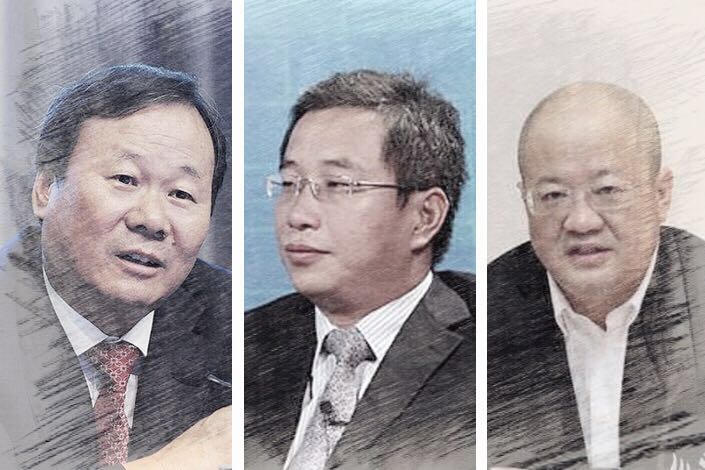 China’s corruption watchdog, the Central Committee for Discipline Inspection (CCDI), now has its own inspectors in at least five big state-owned financial institutions, to better manage an industry which has spawned some of the country’s most serious graft cases.

· Inspectors have been embedded within Bank of China, Bank of Communications, Agricultural Bank of China, China Construction Bank, and the policy bank China Development Bank

· Some of these inspectors seem to be the same people who already head the banks’ internal discipline commissions — what’s different is that they now wear two hats, with one hat (perhaps a deerstalker) directly under the CCDI, rather than the bank.

Insurance: Wan Feng (万峰), the chair and CEO of New China Life Insurance Co. Ltd., has resigned from all his positions at the company for personal reasons, according to an announcement Wednesday. Wang, 60, was named chair in March 2016 and was about two months away from the end of his term. His duties will be taken care of by vice president Li Zongjian (黎宗剑) until a replacement is found.

Securities: Everbright Securities Co. Ltd., part of state-owned China Everbright Group, is easing the load on one of its own brightest stars. Yan Jun (闫峻) will take over as chief Communist Party secretary of the company from Xue Feng (薛峰). Xue will remain chair of the board.

Gree Electric stays the course: Dong Mingzhu (董明珠), was re-elected as chair of the board of Gree Electric Appliances Inc., a leading home-appliance maker based in Zhuhai on China’s south coast. Dong was named China’s most powerful businesswoman by Forbes in 2017, and is known for her willingness to stand up to the authorities, having publicly criticized the country’s supervisor of state-owned firms for abandoning companies when they were struggling. Here’s a Caixin profile of Dong.

Huawei casualties: More updates this week on the embattled telecom company Huawei Technologies Co. Ltd., whose CFO Meng Wanzhou (孟晚舟) was arrested in December in Canada in connection with alleged violations of U.S. sanctions on Iran. She has posted bail and is barred from leaving the country.

· Reclusive Huawei founder Ren Zhengfei (任正非), the father of Meng, tried to boost confidence in the company in two rare interviews with reporters. “The outside world is worried about me, but you see, I am happy every day. I sleep and eat as usual,” he said.

· Ren, a former military officer, started Huawei in 1987 and expanded the company to become one of the world’s largest telecom network equipment suppliers.

Coolpad: Smartphone-maker Coolpad has appointed 27-year-old Chen Jiajun (陈家俊) as its new CEO, after suddenly dismissing the previous one, Jiang Chao (蒋超). Coolpad did not give a reason for the dismissal, which took place when Jiang was on a business trip to the U.S.

Coolpad was once part of runaway tech tycoon Jia Yueting’s (贾跃亭) business empire, and was left in the lurch when he fled China in 2017. Jia, the founder of the debt-ridden conglomerate LeEco, owes billions of yuan to his creditors and has refused to come back so far, despite authorities’ requests.