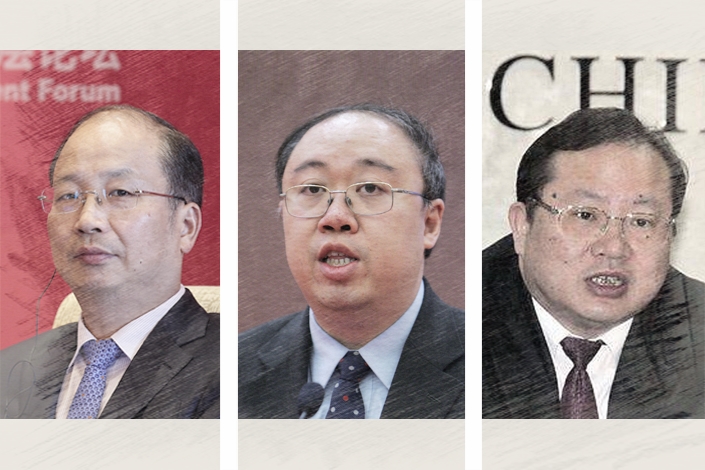 Chair of China’s biggest bank moving on? The current chairman of the state-owned Industrial and Commercial Bank of China Ltd. (ICBC), Yi Huiman (易会满), will likely be promoted to a key position in the government, Caixin learned this week. ICBC is China’s biggest bank by assets.

Yi recently received a personnel evaluation by the Communist Party department that oversees the appointment of central government officials, according to multiple sources within ICBC who are familiar with the matter. He’s expected to be appointed to a higher post than his current vice-ministerial-level rank.

▪ Yi, 54, is from Zhejiang, a wealthy province on China’s eastern seaboard.

▪ He has been at ICBC for 34 years, and started his career with the bank in 1985, the year after it was established. He became chairman in 2016.

▪ He has an MBA from Peking University’s Guanghua School of Management, and a doctorate in management from Nanjing University.

We’ll be watching closely for signs of where he goes next.

CSRC slashes IPO review panel: China’s securities watchdog has cut the number of members on the country’s powerful listing review panel from 63 to 21. The panel reviews applications from companies to list on the country’s stock exchanges. Twelve of the 21 remaining members are new appointees. CSRC has been trying to make reviews stricter and more efficient, as it tries to increase the “quality” of China’s listed companies.

Also known as Rachel Duan, she has been at GE for more than two decades and led its health care business in China before also taking over as CEO of China operations as a whole.

GE started doing business in China in 1906, according to its website. The conglomerate’s stock lost more than half its value last year during an ongoing attempt to reduce debt and spin off several businesses.