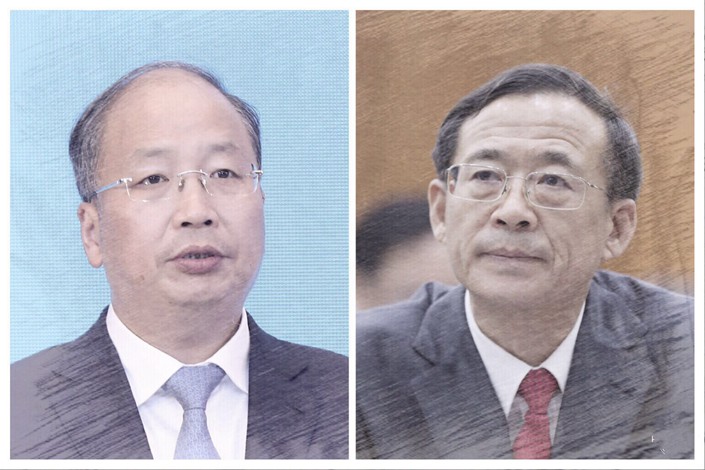 State-owned ICBC, listed in Shanghai and Hong Kong, is the world’s biggest bank by assets. We don’t know who’ll replace Yi yet. Here are a few facts about him:

· Yi, 54, is from Zhejiang, a wealthy province on China’s eastern seaboard.

· He had been at ICBC for 34 years, and started his career with the bank in 1985, the year after it was established. He became chairman in 2016.

· He has an MBA from Peking University’s Guanghua School of Management, and a doctorate in management from Nanjing University.

Liu took the reins at the CSRC in early 2016. His predecessor, Xiao Gang (肖钢) resigned in disgrace following perceived mismanagement of the 2015 stock market rout. Here’s a piece from Caixin evaluating the successes, and failures, of Liu’s tenure in one of the toughest jobs in the government — one where the incumbent becomes a public target for angry investors in China’s rocky stocks. Liu, Xiao and now Yi all had banking backgrounds before joining the CSRC.

Liu’s next job is a sideways step to head the All China Federation of Supply and Marketing Cooperatives, an organization directly under the State Council. The federation manages a significant chunk of the distribution and marketing of agricultural goods nationwide, via a network of thousands of local-level co-ops.

Sinograin and COFCO's roles within the U.S.-China trade war brought them into the news in December, after the two companies restarted purchases of U.S. soybeans. The latest round of negotiations between the world's two largest economies ended Thursday, with promises made of more soybean purchases to come.

Li used his position as the head of state-owned Jiangxi Copper Corp. Ltd., and later, as the province's vice governor, to embezzle millions of yuan of public funds for himself and his relatives, said the Intermediate People’s Court of Anqing.

There’ll be no Movers and Shakers next week as it’s the Lunar New Year holiday — but do keep an eye on the Caixin Global website for updates on important personnel moves. See you again in the Year of the Pig.