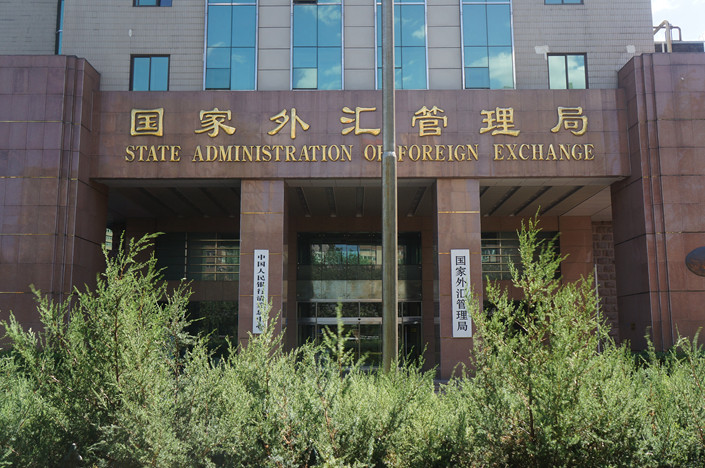 The State Administration of Foreign Exchange in Beijing on Sept. 3, 2018. Photo: VCG

China will combine the management of two funds linked to the country’s foreign exchange regulator that specialize in investment in Africa and Latin America, to better meet the needs of Chinese companies operating in these regions, Caixin has learned.

The China-Africa Fund for Industrial Cooperation (CAFIC) and the China-LAC Industrial Cooperation Investment Fund will continue to operate under separate names, but their project appraisal and investment decisions will be unified under the management of a single new company to be set up by the Investment Center of the State Administration of Foreign Exchange (SAFE), sources with knowledge of the matter told Caixin. Han Hongmei, CAFIC executive director and a former SAFE chief accountant, will become the new company’s chairwoman.

The CAFIC was announced by President Xi Jinping in December 2015 and officially launched the following January with an initial cash injection of $10 billion. SAFE holds 80% of it through its wholly-owned arm Wutongshu Investment Platform and policy lender The Export-Import Bank of China takes the remaining 20%.

The China-LAC Industrial Cooperation Investment Fund started operating in June 2015 with a first-phase cash infusion of $10 billion, which was gradually increased to $30 billion. SAFE owns 85% of the fund, again through Wutongshu, and another policy lender — the China Development Bank — has the remaining 15%.

Sources familiar with the two organizations’ operations told Caixin that the government decided to combine their management with the goal of boosting the funds’ synergy to better serve Chinese companies, as most Chinese firms that invest in Africa also conduct business in Latin America and vice versa.

“The two funds don't have many staff, and the market isn't large either — this merger was always likely," one said.

SAFE’s investment center currently owns three overseas investment funds including the Africa and Latin America programs. All the funds are meant to support investment in projects under the Belt and Road Initiative, President Xi’s signature program.

The third program is the Silk Road Fund, which deals with worldwide investment. It is 65% owned by Wutongshu, 15% by the Export-Import Bank of China, 15% by sovereign wealth fund China Investment Corp., and 5% by the China Development Bank.

The China Development Bank also has two of its own funds targeting investment in Africa and Latin America. But the funds under SAFE focus more on implementing government strategy. For example, the Greater Bay Area plan, released by the Chinese central government on Monday, specifically pointed out that authorities support Macau cooperating with the Silk Road Fund, the CAFIC, the China-LAC Industrial Cooperation Investment Fund, and the Asian Infrastructure Investment Bank, to serve Belt and Road projects. The ambitious Greater Bay Area plan aims to better connect city clusters in Guangdong province with Hong Kong and Macau.

Chinese companies invested $15.64 billion last year in non-financial sectors in 56 countries along the Belt and Road including Singapore, Laos and Vietnam. This was up 8.9% from 2017, according to data from the Ministry of Commerce.