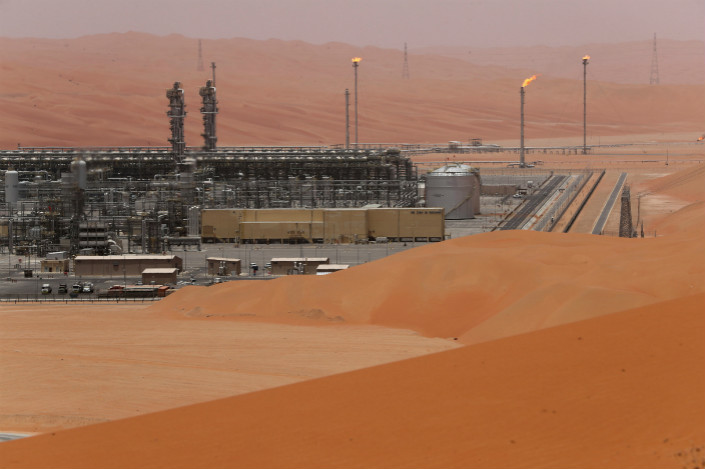 Saudi Arabia and China signed a series of deals worth billions of dollars in new petroleum refining, storage and sales joint ventures as the oil-producing kingdom works to consolidate its place as a major energy partner to the world’s second-largest economy.

At the center of the agreements are plans for a refinery complex costing more than $10 billion in the city of Panjin in northeastern Liaoning province, according to an announcement Friday from Saudi Arabian Oil Co. (Saudi Aramco), Saudi Arabia’s main energy producer. The new company developing the project, Huajin Aramco Petrochemical Co. Ltd., will be the largest-ever Sino-foreign joint venture, Aramco said.

The deals advance Saudi Arabia’s campaign to woo China as Beijing has grown increasingly close to one of the kingdom’s biggest energy rivals, Russia. In June last year, Saudi Aramco agreed to supply the Hengli Petrochemical Co. Ltd. refinery in the northeastern city of Dalian with around 20 million tons of crude oil a year.

Aramco will develop the long-foreshadowed Panjin complex with the Chinese defense company Norinco as well as local partner Panjin Sincen. Aramco will hold 35% of the new venture, with Norinco owning 35% and Panjin Sincen 29%. Aramco divulged the series of deals during a visit to China by Saudi Crown Prince Mohammed bin Salman.

“Our agreement today with Norinco and the Liaoning province is a clear demonstration of Saudi Aramco’s strategy to move beyond a buyer-seller relationship to one where we can make significant investments to contribute to China’s economic growth and development,” said Saudi Aramco CEO Amin Nasser. “Our participation in the integrated refining and petrochemical project in Panjin will strengthen our collaborative efforts to enhance energy security, revitalize key growth sectors and industries in Liaoning and also meet rising demand for products and goods in China’s Northeast region.”

The new refinery in Panjin, which was first disclosed in 2017, will have capacity to refine 300,000 barrels of crude oil a day and will include an ethylene cracker with annual capacity of 1.5 million metric tons. Saudi Aramco will supply 70% of the crude oil for the complex, which is set to start operations in 2024.

In a separate announcement, Aramco said it signed a memorandum of understanding to take a 9% stake in a major refining project in the city of Zhoushan in East China’s Zhejiang province. That investment was first signaled last October and will involve Aramco’s purchase of a stake in an integrated refinery and petrochemical complex being developed by Zhejiang Petrochemical.

Aramco will acquire the 9% interest from the Zhoushan city government. The complex will ultimately have refining capacity for as much as 800,000 barrels a day, with half of it being developed in the first phase. It will also include an ethylene cracker. There is a separate agreement with Zhejiang Energy to invest in a “large scale retail network” over the next five years.

While the value of the deal was not disclosed, a 9% stake would correspond to about 2.14 billion yuan ($319 million), according to previous calculations by Caixin.

“The agreements demonstrate our commitment to the Chinese market and help enhance the strategic integration of our downstream network in Asia,” Nasser said. “They will further strengthen our relationship with China and the Zhejiang province, setting the stage for more cooperation in the future.”