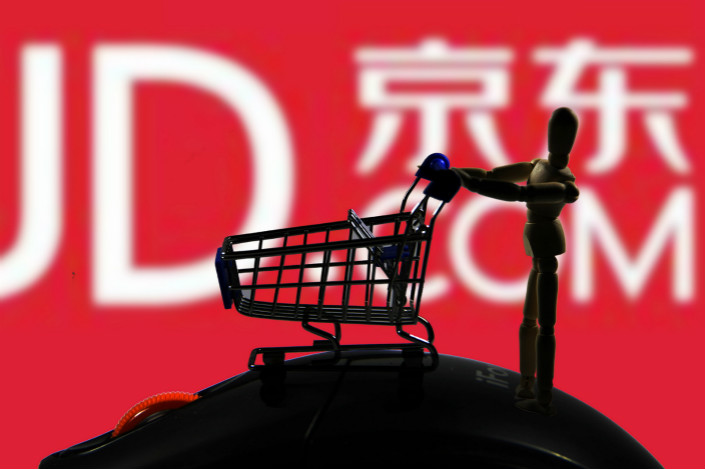 No. 2 e-commerce site JD.com Inc. Thursday reported rising revenue and a wider fourth-quarter loss that were in line with expectations. The Chinese internet giant also forecast similar growth as it moves forward from a scandal in which its founder narrowly avoided criminal charges in the U.S.

JD.com shares jumped as much as 7.6% after the report but gave back some of the gains and were up about 4% around noon in New York. The shares lost more than half of their value last year, including a large drop after founder Richard Liu was accused of rape while attending a training course in the U.S. The prosecutor ultimately decided in December not to file charges citing insufficient evidence.

Removal of that uncertainty boosted the company’s shares, which have rallied more than 30% since then, including the Thursday gains. JD.com also announced a share buy-back worth up to $1 billion at the end of December and disclosed in its latest results that it purchased $30 million of shares in the program’s first six days.

JD.com has yet to find a formula for sustained profits, even as it remains China’s second-largest e-commerce company behind only highly profitable Alibaba. The company controls about a quarter of the market for business-to-consumer sales in a country where online shopping has taken off in recent years, partly reflecting a lack of an established traditional retail sector.

JD.com said revenue rose 22.4% in the final three months of last year to 134.8 billion yuan ($20 billion), which was slightly higher than the average estimate of $19.7 billion among 22 analysts surveyed by Yahoo Finance. The gain was lower than JD.com’s 27.5% revenue growth for the entire year. JD forecast growth would slow further in the current quarter to between 18% and 22%.

The company’s net loss for the quarter widened to 4.8 billion yuan from a 909 million yuan loss during the same period a year earlier as it continued to invest in new areas like finance and logistics. Operating margin for the core JD Mall business improved sharply to 1.1% in the fourth quarter, before unallocated items, compared with 0.6% a year earlier.

“Overall, we saw healthy top-line and bottom-line performance in the fourth quarter, reflecting our balanced approach toward financial discipline and investing for the future,” JD.com CFO Sidney Huang said. “In particular, our core JD Mall business has continued to grow with improving margin. We focused on developing industry-leading technology innovation and infrastructure to drive greater efficiency and economies of scale in the future.”